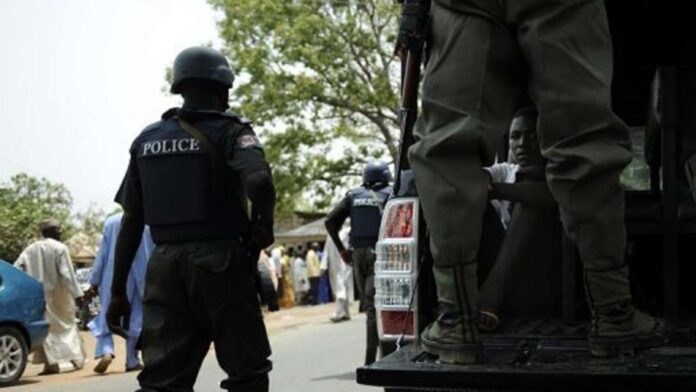 Lagos State Police Command has arrested six suspects over the shooting and killing of one Kayode Olorunroba, m, 35 years, of No 3, Werewere Street, Alagbado, Lagos State on September 11 at AVID Sharwama spot in Alagbado area of the state.

The incident was said to have occurred on September 11 at about 9.30pm when the deceased had an altercation at the spot with another customer, who is now at large.

After the shooting, Kayode’s friend and witness, one Okikiola Kazeem, ‘m’, who had earlier called him (Kayode) to join him at the Sharwama spot refused to report the incident to the police, but rather took the deceased to a herbalist in Ogun State where they extracted the pellets.

He later took Kayode to his brother’s house at Ipaja Area in Lagos State, where he gave up the ghost.

As a follow up to the incident, Lagos State Commissioner of Police, Hakeem Odumosu, directed that police detectives be mobilised and to hunt for the suspects who were linked to the killing, said a statement by the command’s Public Relations Officer, Olumuyiwa Adejobi.

The statement added that in the course of the investigation, Chimezie Amaechi, the owner of the Sharwama Spot; Okikiola Kazeem, the deceased’s friend and suspect; Olayinka Oyedokun, the Manager of AVID bar; Femi Victor; Taiwo Morokola; and Omole Wasiu; were arrested accordingly.

These suspects are giving useful information that could assist the police in the investigation.

Meanwhile, Odumosu has ordered the State CID, Panti, to take over the case for discreet investigation, while he reiterated his commitment to get Lagos State rid of crimes and criminality with the support of all and sundry in the state.