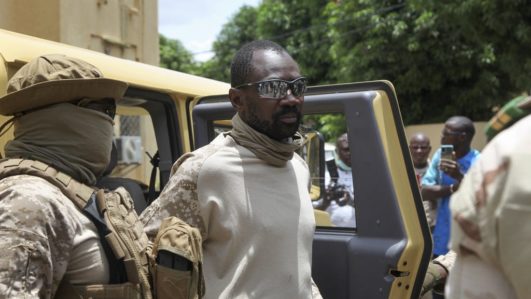 A two-year transitional government led by a president chosen by the army has been proposed by Experts appointed by Mali’s military junta on Friday.

AFP reported that the proposed deal was contained in a document that has been submitted to hundreds of participants at a three-day forum in Bamako aimed at mapping a way forward for the troubled country.

The transitional government proposal stated that the president would be a “civil or military personality”.

The ongoing dialogue, which is in its second is between the young officers who overthrew President Ibrahim Boubacar Keita on August 18 and civilian representatives, many of whom had taken to the streets to demand for the resignation of the ousted president.

Hours after the August coup, the coup leaders pledged to restore civilian government and stage elections within a “reasonable time”.

However, a major concern for participants at the ongoing forum is how long a transition government should last and what role the army should play. These issues have now divided the discussants at the ongoing talks expected to conclude on Sunday.

While the 15-nation Economic Community of West African States (ECOWAS) has insisted that the junta hand over power within 12 months, an influential imam viewed as the figurehead of the June 5 Movement which waged a protest campaign against Keita Mahmoud Dicko, has also backed a swift return to civilian rule.