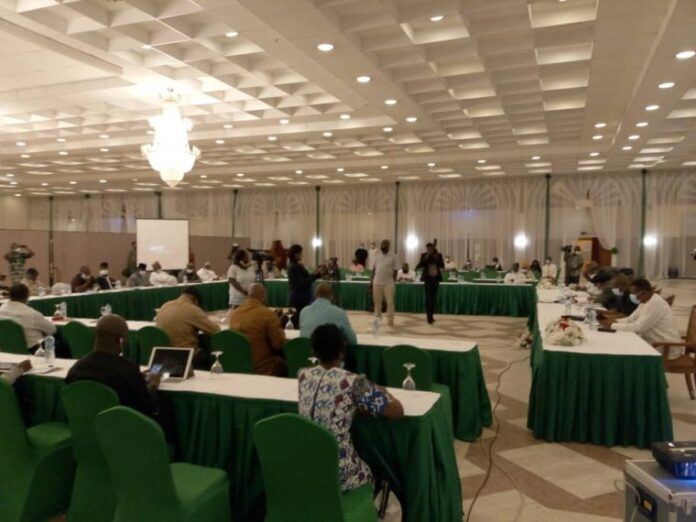 An emergency meeting between the Federal Government and the leadership of the organised labour over the ultimatum demanding government to reverse the increment in the pump price of petrol and electricty tariff is in progress at the Banquet Hall of the Presidential Villa.

The Secretary to the Government of the Federation, Mr Boss Mustapha is heading the government’s delegation while NLC President, Comrade Ayuba Wabba and his TUC counterpart, Comrade Quadri Olayele are leading the labour team at the meeting.

There have been series of meetings between the Federal Government and the organised labour following ultimatum issued by the two labour centres to government to reverse its decision on the pump price of petrol and electricty tariff.

The last meeting held last Thursday was adjourned to reconvene tomorrow, Monday, by 3pm but the Federal Government summoned an emergency meeting to apprehend the looming protest and strike after the expiration of the ultimatum by 12am tonight, Joseph Agi reports for Radio Nigeria.