A former Speaker of the House of Representatives, Yakubu Dogara, has again decamped to the ruling All Progressives Congress (APC).

Dogara along with Yobe State Governor, Mai Mala Buni, met with President Muhammadu Buhari at the State House in Abuja on Friday.

Dogara, a member of the opposition People’s Democratic Party (PDP) served as the 14th Speaker of the House of Representatives.

He was led to Buhari’s office by Buni, who is also Chairman of APC Caretaker/National Planning Committee, and intimated the President of the latest development in the party.

Dogara did not speak when requested by State House correspondents, but Buni confirmed that he has become a member of APC.

The former speaker left APC for PDP in 2018, saying the ruling party had allegedly failed to “keep to promises it made to Nigerians.”

Dogara, who stated this shortly after he submitted his nomination forms at the PDP secretariat in Abuja, said he and his associates were “treated as strangers” in APC. 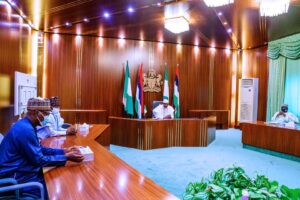 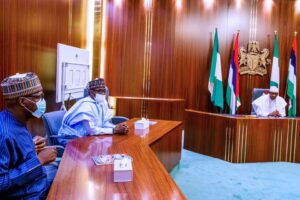 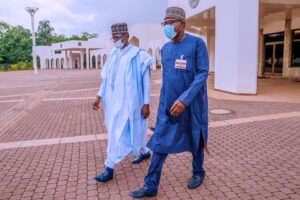