The threat to the life of anti-corruption activist Garba Abdullahi over his role in exposing alleged misappropriation of N225 million constituency projects involving Senator Philip Aduda, representing the Federal Capital Territory (FCT) and the Federal Ministry of Water Resources has been condemned by the Socio-Economic Rights and Accountability Project (SERAP). 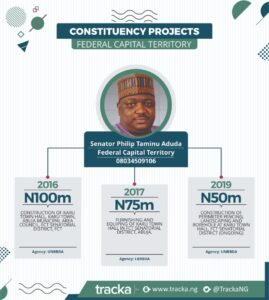 “We also urge authorities to promptly, thoroughly and transparently probe the alleged threats and bring to justice anyone suspected to be responsible”, SERAP demanded.

The group reiterated the important role of activism IN checking corruption and executive recklessness in public office, which is backed by a United Nations (UN) Convention.

“UN Convention against Corruption which Nigeria has ratified, recognises [in arts 5, 13 and 63] the important role activists play in the fight against corruption, impunity, and promotion of access to public services. They should never have to face threats to their safety or lives.”

Not loosing track of the uncovered corruption as alleged by Abdullahi, SERAP did not only challenged the relevant agency to investigate corruption allegations leveled against the Federal Ministry of Water Resources but to ensure that the suspects, including an undisclosed Senator are prosecuted.

“We urge ICPC to promptly, thoroughly and transparently probe the alleged misappropriation involving @FMWRNigeria (Federal Ministry of Water Resources) and a Senator, find out where the public funds ultimately ended.

“The ICPC should prosecute suspected perpetrators if there is relevant admissible evidence”, the group added.

Trouble started for Garba Abdullahi, a community champion for Budgit, an independent civic organization when he shared a “Fraud Alert” article that implicated Senator Aduda and some officials of the Federal Ministry of Water Resources, which was initially posted on the organization’s Facebook page.

In a statement by the spokesperson for Budgit Tuesday, Iyanu Fatoba affirmed that Abdullahi has been reviewing threats since he shared the organization’s “Fraud Alert” article.

While calling on the Inspector General of Police (IGP) for his intervention, Fatoba confirmed that the involvement of of Senator Aduda is true as her organization will not put out any unverified information.

“We also maintain that we will not share false information with members of the public to incite misunderstanding between them and their representatives at any point. By issuing this press release, we are calling on The Inspector General of Police to investigate this issue and prevent any mishap from happening to any of our staff, community champions – Garba Abdullahi or affiliated persons” she stated.

Read Full Text by Budgit Below:

Our attention has been drawn to a threat received by our community champion in Abuja as a result of a fraud alert post shared from our Tracka page to his Facebook page, sometime last week.

The post, which was initially published on our Tracka page on the 30th of May, called out Senator Aduda and The Ministry of Water Resources for allegedly mismanaging financial resources to the tune of N225m and converting a public project into a personal project, by naming the constituency project after Jummai Aduda, Senator Aduda’s mother. The post which reads “Fraud Alert, Sen. Aduda aided by Min of Water Resources has converted a public project of N225M “mine.” The Constituency Project – gulped N100m (2016) N75m (2017) & N50m (2019) – is now JUMMAI ADUDA YOUTH CENTRE with engraved mother’s picture.” garnered several reactions from active citizens who joined BudgIT and Tracka in condemning the unacceptable and unconstitutional act. 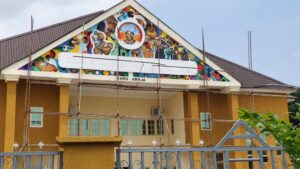 Following this post, Sunday Dogo Zaka – a loyalist to Senator Phillip Aduda issued a threat through his Facebook page that the Abuja South PDP youth forum would “take care” of him, after which we received a distress call from our Community champion, Garba Abdullahi. He claimed that he has been receiving calls from strange and unfamiliar people who also threatened his life. Another anonymous caller advised him to visit the Senator’s former aide because they plan to “do him something bad”. As we speak, our community champion, Garba Abdullahi, has gone into hiding as a result of these threats. 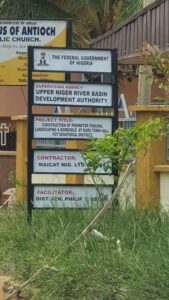 As an organization, BudgIT, together with Tracka reaffirms our position that the naming of constituency projects is not left to the prerogative of the parties involved as there are laid down procedures to be followed when re-naming a project. This might have community inputs but the Honourable Senator is aware that there are laid down principles in re-naming a public project, as against what was stated in the Appropriation Act.

We also maintain that we will not share false information with members of the public to incite misunderstanding between them and their representatives at any point. By issuing this press release, we are calling on The Inspector General of Police to investigate this issue and prevent any mishap from happening to any of our staff, community champions – Garba Abdullahi or affiliated persons.

Lagos Denies Introduction of 5% Levy on Audio and Visual Contents,...