President Muhammadu Buhari has declared that the National Ethics and Integrity Policy “projects government’s aspiration for rediscovery of our cherished traditional ethical values of honesty, integrity, hard-work, truth and justice, unity, faith, and consideration for one another irrespective of status or background. Corruption and corruptive tendencies are abhorrent to these core ethical values.”

The President said this Monday in Abuja at the Independent Corrupt Practices and Other Related Offences Commission (ICPC) 2nd National Summit on Diminishing Corruption and launch of the National Ethics and Integrity Policy, an event to mark the 20th anniversary of the establishment of the anti-corruption agency. The Policy was put together by the ICPC, in collaboration with the Office of the Secretary to Government of the Federation, and the National Orientation Agency.

The President recalled that, “as military Head of State, I fought corruption headlong and held public officers who abused their office or misused public funds to account. Furthermore, I introduced the War Against Indiscipline (WAI), one of whose cardinal objectives was promotion of our cherished culture of ethical conduct, integrity and hard work. 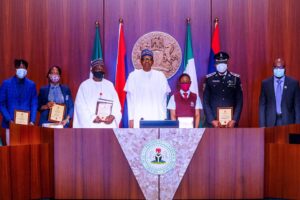 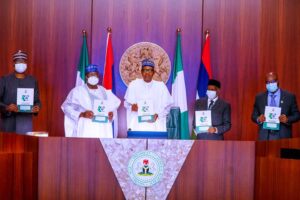 “I recognized in 1984 as I do even more now that corruption poses a clear danger to Nigeria, so, we cannot relent in efforts to eradicate it from our society. As I have often reminded Nigerians, ‘If we do not kill corruption, corruption will kill Nigeria.’”

He reiterated his belief that progress could only be achieved in the delivery of dividends for the citizenry when the arms and tiers of government work together.

“I believe that it is when the three arms and the three levels of government work together that government will be enabled to serve the country. We will also see the positive impact of our efforts reaching all and sundry across the country.”

According to the President, “bearing this critical factor in mind, I am happy that the theme of this year’s Summit by ICPC is, TOGETHER AGAINST CORRUPTION. I am aware that this theme derives from the theme of our 60th anniversary celebration. Together as a nation, as a people, the three arms and three tiers of government working together, we can attack corruption and realize the vast potentials of our country.” 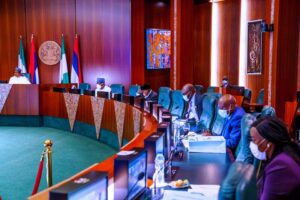 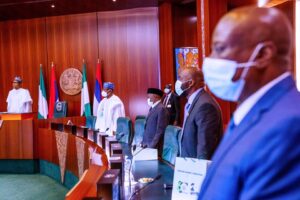 President Buhari reiterated his earlier call on the judiciary to undertake reforms that will fast-rack delivery of justice for the common good.

“We need to deploy resources to address our common needs rather than the greed of a callous few. We need a corruption-free public sector to achieve this transformation; we need a judicial system that dispenses justice without undue delay and technicality.

“We need laws and legal system to be reformed to deliver justice to every citizen without regard to status and finally we need ethical re-orientation of the people to achieve this goal. When we work together against corruption we can defeat it.”

He emphasized that enlightening Nigerians on preventive measures remains the key component in fighting corruption and commends ICPC in this regard.

“I wish to reiterate the role of preventive measures, public education and enlightenment against corruption. This government through the Open Treasury initiative, TSA, GIFMIS, BVN and many more is implementing different corruption prevention measures to track and retain government revenue for the use of the people.

“I commend the ICPC for its enforcement and prevention measures including system review of capital and personnel budget, regular analysis of the Open Treasury platform, enforcement action against diversion and mismanagement of public funds, working with the Federal Inland Revenue Service to increase the number of companies and persons within the tax net, tracking of constituency project budget utilization for the benefit of ordinary Nigerians and its monitoring of implementation of budget by the Executive in key sectors like Agriculture sector.”

Apart from presenting publications by the Commission, President Buhari also commended and presented awards to Opeyemi Peter Adeboye, Chikezie Favour and Matilda Daniels winners of the ICPC Youth Music and Essay Competitions on promotion of anti-corruption values as well as the 2020 Public Service Integrity Awardees; CSP Francis Osagie Erhabor of the Nigeria Police and Hamza Adamu Buwai of the Federal Ministry of Industry, Trade & Investment who demonstrated the will to look away from graft and corruption.

He told them, “I congratulate all the awardees. Even though COVID-19 has not permitted the kind of ceremony that you deserve, Nigeria is proud of you. You are a pride to your families, institutions and to Nigeria.”

In another development, Heads of State and Government of the Economic Community of West African States (ECOWAS), at the behest of their Chairman, President Nana Akufo-Addo of Ghana, may confer again to discuss outstanding grey areas in the Mali political situation, President Muhammadu Buhari has indicated. 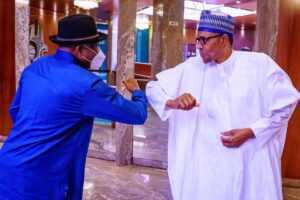 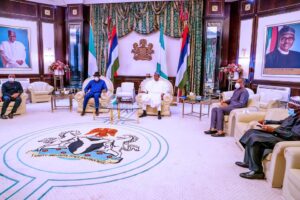 Mali has appointed a civilian as Interim President, who will stay in office for 18 months, and lead the country back to constitutional order, after the military had taken over power in the country. That was part of irreducible demands by West African leaders before sanctions imposed on the country could be lifted.

However, according to the Special Envoy, the military leaders are yet to satisfy ECOWAS demand of a full civilian as Vice President, and what his roles would be in government. That position is currently being held by a serving military officer, who was also one of the leaders of the take-over. 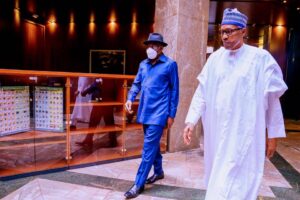 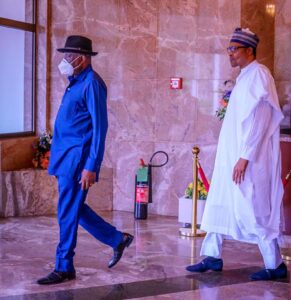 President Buhari counseled the Special Envoy to present a formal report to the new ECOWAS Chairman, President Nana Akufo-Addo of Ghana, “who will then write us officially, and we then determine the next steps.”

The President said with about two-thirds of Mali currently under occupation by terrorists, “the priority of the military should be to secure their country,” rather than hold on to power.

CBN to Sanction Banks Over Fund Disbursement Delay to Farmers

Ohuabunwa at 70: Buhari Praises His Contributions to Transform Nigerian Economy