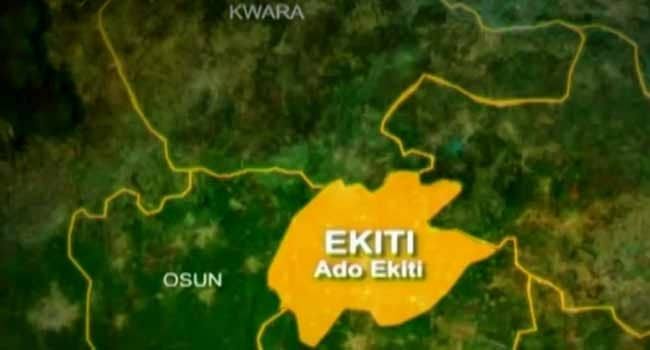 According to report by Rasaq Ibrahim of The Nation, who visited the second largest community in the state, the financial institutions in the town as well as Point of Sale (POS) outlets were under lock and key due to fear of being attacked because of the alleged absence of policemen.

The absence of policemen in the community is the aftermath of the recent EndSARS protest which was highjacked by hoodlums who took advantage to perpetuate their sinister motives.

It was learnt that the burning of two policemen and destruction of the Area Command in the unrest led to the absence of officers in the town since they had no station to operate.

“The town was said to have suffered the most grievous attacks and destructions during the last EndSARS protests: structures and property estimated at millions of naira were either burnt or vandalised.

“At the end of the attacks, the Area Command and divisional police stations in the town were attacked and vehicles as well as other vital items on the premises were either damaged or burnt”, The Nation’s Rasaq Ibrahim gathered.

According to report, banks in the town did not open for operation yesterday, Tuesday, due to alleged withdrawal of policemen.

The situation, as it was learnt, consequently forced many customers who wanted to transact business to travel kilometres to Ado-Ekiti, the state capital, to access banking services.

in their reaction to the bank shut-down in Ikere-Ekiti, “some bank customers, particularly those who wanted to deposit money, withdraw money and transact other businesses, expressed disappointment over the development.”

They added that it had affected their businesses negatively.

A bank official, who spoke in confidence with The Nation, disclosed that the development was as the result of alleged absence of policemen in the community.