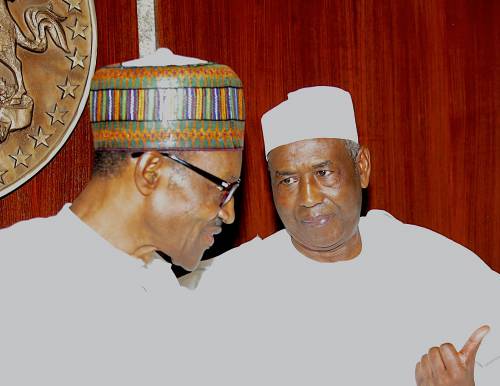 According to Daily Trust, a brother of the business mogul said: “Mallam told his family members that he wanted to see his doctor but decided to visit his barber first. He drove himself to the hospital,” the brother, who doesn’t want his name in print.

Report has it that the remains of Mallam Funtua is being prepared at Area 1 mosque before his funeral on Tuesday morning.

The late Funtua was a renowned business executive and public officer with over thirty years of management experience. He was Personnel Manager in United Textiles Limited (UNTL), responsible for over ten thousand staff and a one-time Minister of the Federal Republic of Nigeria.

Funtua, touted to be a member of the ‘cabal’, a group of influential persons believed to be around Nigeria’s President and help him take key decisions, was the founder of Bulet International Nigeria Limited (the largest wholly owned indigenous construction company) which built most of the iconic public buildings in Abuja. He is the founding Managing Director of Democrat Newspaper and served as President of the Newspaper Proprietors Association of Nigeria (NPAN) for 8 years.

In an official statement released by the Senior Special Assistant to the President on Media and Publicity, Garba Shehu; President Buhari believes the demise of the publisher and businessman has created a huge gap as Malam Funtua consistently stood by him in his political journey.

“The President condoles with family members, government and people of Katsina State, and all associates of the former President of NPAN, especially the media industry, on the loss, describing him as “greatly admired and respected’’.

“I am saddened by the death of my brother and senior colleague, Mallam Isa Funtua. I spoke to him just three hours before his reported death, and he promised to further call me tomorrow. I pray that God comforts his family and loved ones, and may his soul rest in peace”, Bruce stated.

Similarly, a former speaker of the House of Representatives, Rt. Honourable Yakubu Dogra, expressed his condolence to the Funtua family.

Extolling the late Funtua, the ex-Speaker stated that: “Malam Ismaila Isa Funtua was a distinguished elder statesman, media icon, construction magnate, industrialist & a patriot whose legacies are too numerous to list”.

The remains of the late business mogul, Mallam Isa Funtua, will be laid to rest on Tuesday morning according to Islamic dictate.