Speaker of the House of Representatives, Femi Gbajabiamila, Tuesday visited the Zazzau Emirate to commiserate with the family of late Emir of Zazzau, Aliyu Idris and Kaduna State Governor, Nasir El-Rufai.

Gbajabiamila was received by the Secretary to the Government of Kaduna State, Balarabe Lawal, and members of the Zazzau Emirate Council. 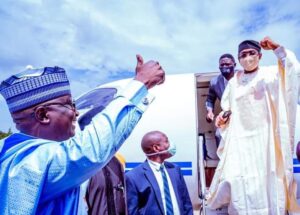 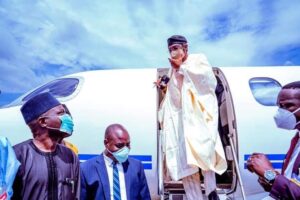 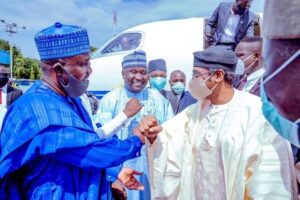 He described late Emir as a man of integrity who dedicated himself to the service of his people, noting that the demise of the Emir was a great loss not just to the Emirate but also to the country as a whole.

“But I say this with profound ‎seriousness because for those of us who have followed our late Emir, who have come to know him, knew him for whom he was: a man of integrity, dedicated to the service of his people.

“I was here some time ago, late last year, in November, when we prayed and we sat, and it was like I had known him forever.

“Perhaps, one of the most impressive things for me was the way he pronounced my name with ease. It tells you the kind of person the late Dr Shehu Idris was.

“On behalf of myself and on behalf of every single member of the House of Representatives, on behalf of 360 of us, I pay this condolence visit in my personal capacity as one of his followers and in my capacity as the Speaker.

“They have sent me here to commiserate with you. We ask that the Almighty Allah will grant him Jannatul Firdaus, that He will forgive him his sins, and that his soul will rest in perfect peace.” 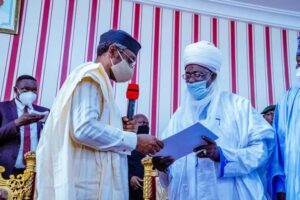 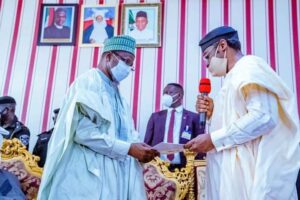 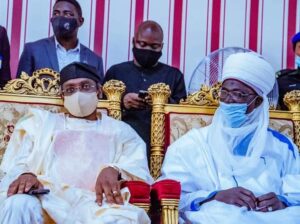 Gbajabiamila was accompanied on the condolence visit by the House Leader, Alhassan Doguwa, and some members of the House from Kaduna State.

Jonathan paid a glowing tribute to late Emir, describing him as a renowned custodian of people’s custom and culture. 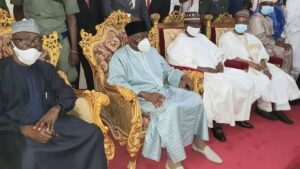 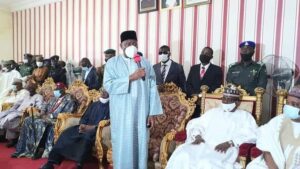 “The late monarch who was on the throne for almost half a century left enviable footprints in peace-building, and as a renowned custodian of his people’s custom and culture,” the former president said.

He prayed Allah to grant him Jannatul Firdaus.

In a related development, Peoples Democratic Party (PDP) has mourned the death of the highly revered Emir of Zazzau, describing his death as an irreparable national loss.

The party also described late Idris as an “extraordinary and exceptionally loved monarch, who served his people with utmost dedication and spent his life in the pursuit of their happiness as well as the wellbeing and peaceful coexistence of all Nigerians.”

PDP said: “The late Emir of Zazzau was a selfless leader and outstanding nationalist, who made immeasurable sacrifices in his relentless roles towards the development and stability of our dear nation, and demonstrated that the essence of statesmanship is in employing its values to the advantage of others rather than the self.

“Our party calls on the Federal Government to take steps to further immortalise the late Emir, including naming a national monument after him.”

The party, in a statement by its National Publicity Secretary, Kola Ologbondiyan, commiserated with Kaduna State Governor, Nasir el-Rufai, and the state government; the family of the departed Emir as well as the good people of the Zazzau Emirate.

PDP prayed Allah to console them and grant the faithful departed an eternal rest.