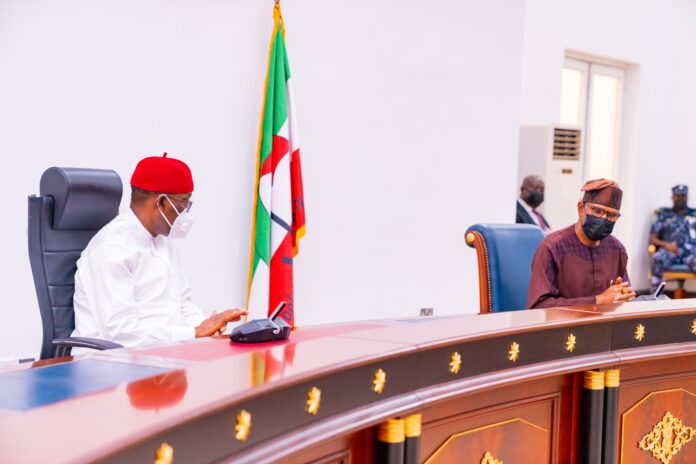 Delta State Governor Ifeanyi Okowa on Friday called on the Federal Government to use 25% of funds expended on fuel subsidy to provide health insurance for vulnerable Nigerians.

Governor Okowa stated this when he received the Minister of State for Health, Dr Olurunnimbe Mamora at Government House, Asaba.

“If 25% of the money being used to subsidize today is spent to provide health insurance for Nigerians especially the poor it will help us to reduce maternal mortality in our country,” Governor Okowa said. 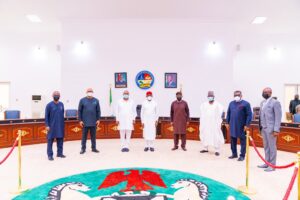 In another development, former Senate President Bukola Saraki was in Detla state on a working visit on the invitation of Governor Okowa, his one-time seat mate at the Senate.

During this working visit, Saraki commissioned the reconstructed DLA Road and its adjoining streets and the Government Primary School, Junior Staff Quarters in Asaba. 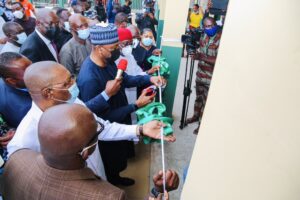 “I must say, Governor Okowa’s administration’s commitment to the growth and development of Asaba and Delta State is laudable and commendable — as seen through his work in the areas of education, infrastructure and human capital development”, Saraki said.