Three Commissioners of Edo State Oil Gas Producing Area Development Commission (EDOSOGPADEC) have resigned their position on Monday, and declared support for the All Progressives Congress (APC) and its candidate, Osagie Ize-Iyamu.

Atu, in his resignation letter, said his decision to leave the Obaseki administration was to attend to family issues which has become necessary.

Few hours after their resignations, the trio declared support for Ize-iyamu, promising to campaign and work for the victory of APC in the September 19 governorship election.

Below are the resignation letters by the three Commissioners. 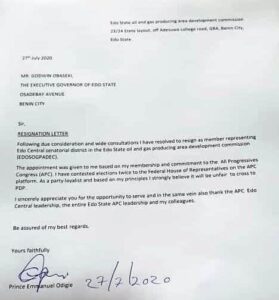 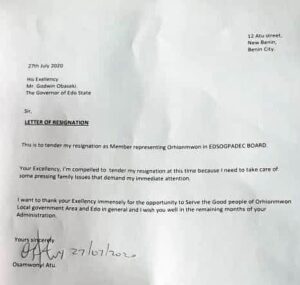 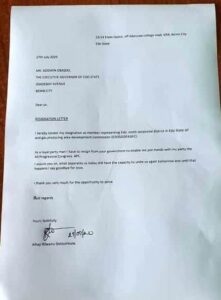