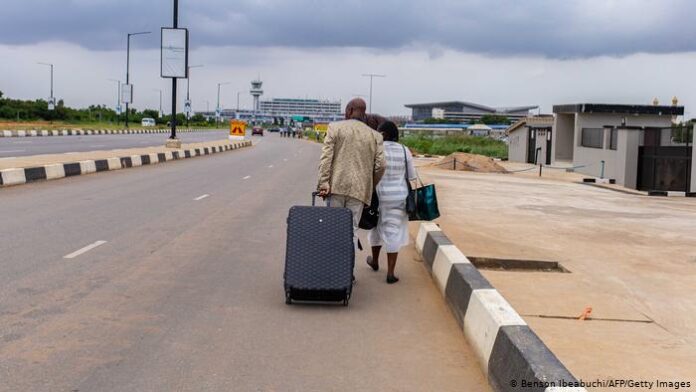 The Governor Babajide Sanwo-Olu-led Lagos State Government has again yielded to peoples’ appeals by announcing a further relaxation of the 24-hour curfew imposed after the breakdown of law and order, following the hijack of the peaceful #EndSARS protests.

The curfew would now be from 10pm till 6am.

Sanwo-Olu, in a statement by Lagos State Commissioner for Information and Strategy, Gbenga Omotoso, praised Lagosians for observing the curfew, which is expected to restore normalcy in the Centre of Excellence.

He urged all Lagosians to go about their businesses in peace, even as they shun “actions that can threaten our unity.”

The governor advised purveyors of fake news to stop causing disaffection among Lagosians, who are well known for being peace-loving and friendly.

Meanwhile, the General Manager of Lagos State Traffic Management Authority (LASTMA), Olajide Oduyoye, has reaffirmed the commitment of its personnel to traffic control across the state, saying the temporary withdrawal of officers resulted from the arson, killings and violence that trailed the #EndSARS protests.

Oduyoye revealed that 12 LASTMA zonal offices were destroyed during the mayhem, while officers were attacked at various locations and, therefore, the agency’s operational efficiency and logistics were disrupted.

He stated that despite the temporary setback, LASTMA has taken stock, re-strategised and its officers have resumed their duties at intersections and junctions across the metropolis.

While assuring members of the public of the agency’s commitment to ensuring free traffic flow on all roads in Lagos State, Oduyoye thanked LASTMA officials for their cooperation, dedication and efforts on effective traffic management across the metropolis.

Speaking on a recent story being circulated on social media, Oduyoye debunked the report which alleged that Sanwo-Olu has directed the officers of the agency not to arrest any motorist who contravenes Lagos State Traffic Law.

The general manager pointed out that the false news story had made the rounds on the social media on previous occasions, adding that the company that generated the initial fake report had apologised, retracted and pulled down the news from its website earlier in the year.

According to him, “The primary duties of the agency is traffic control and the arrest of recalcitrant drivers as stated in the law that established the agency. The law was later reviewed by Lagos State House of Assembly in year 2018, with that of Lagos State Vehicle Inspection Service. It is, therefore, logical that the governor, who is the number one law-abiding citizen and law enforcement officer in the state, would not flout the law through such pronouncement.

“I must implore all law-abiding citizens of Lagos State, especially motorists, to adhere strictly to the traffic law of the state in order not to run afoul of the law which has consequences. We must all have positive attitudes towards obeying the laws of the state which were made to ensure orderliness and fast-paced socio-economic improvement of individuals, corporate entities and generality of the people.”