Presidency spokesman, Femi Adesina disclosed this in a statement Thursday evening, stating that the President have now been briefed by security chiefs on the current situation of widespread unrest and violence in Lagos, Oyo, Ondo and others, where state and private assets including bus terminals, mass transport buses, banks, courts and shopping malls have been looted, and in some cases burnt down.

The President’s national address, which is coming after several calls from civil society groups, journalists and the Senate, is expected to be broadcast on television, radio and other electronic media outlets are enjoined to hook up to the network services of the Nigerian Television Authority (NTA) and Radio Nigeria respectively for the broadcast.

It’s expected that Buhari’s national broadcast should be able to douse the tension in the country as a result of #EndSARS violence among other security challenges, and give fresh hopes for greater Nigeria. 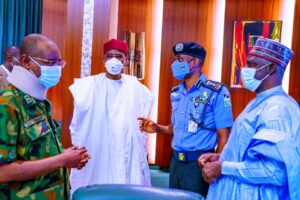 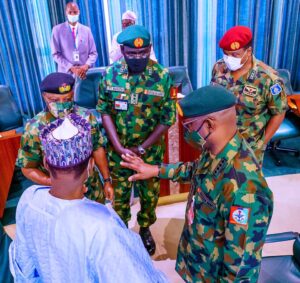