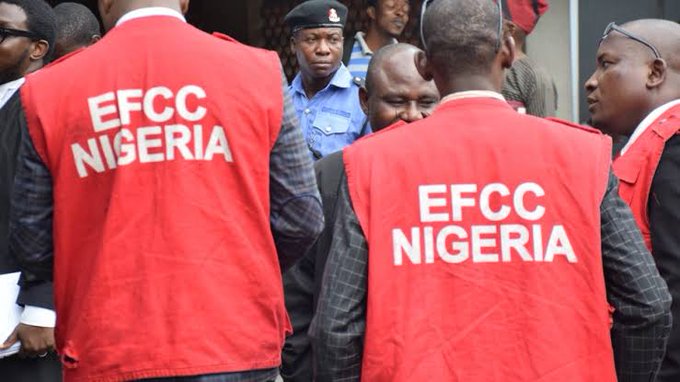 Justice Emeka Isiagor of the Federal High Court sitting in Umuahia, Abia State has convicted and sentenced a fake travel agent Iheanacho Chikwendu, to seven years imprisonment for defrauding his victims the sum of N9,000,000.00 (Nine Million Naira only).

He was jailed on March 19, 2021 after a four- year trial in a 10-count charge preferred against him by the Port Harcourt Zonal Office of the Economic and Financial Crimes Commission, EFCC. The charges bordered on obtaining money by false pretense.

Count One of the charges reads: “That you Iheanacho Chikwendu on or about the 15th September, 2016 at Umuahia, Abia State within the jurisdiction of this Honourable Court, with intent to defraud obtained the sum of Four Million Naira only N4,000,000.00 through your First Bank Plc Account number 3078148618 by false pretense, when you presented yourself as a travel agent to Mary Nwankwo and capable of procuring a Canadian Visa for her daughters,  a pretense you knew to be false and thereby committed an offence contrary Section 1 (1) (b) of the Advance Fee Fraud and Other fraud Related Offences Act 2006 and punishable under 1(3) of the same Act”.

The defendant pleaded “not guilty” to the charges, thereby prompting a full-trial of the case that lasted four years.

Justice Isiagor, in his judgment, found Chikwendu guilty, convicted and sentenced him to seven years imprisonment on counts 2, 3, 5, 6, 7, and 8, and discharged him on counts 1, 4, 9, & 10 of the charges. He ordered him to make a restitution of N9million to the victim.