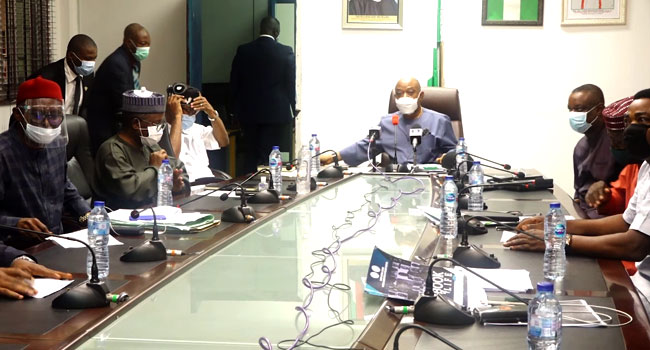 The Federal Government has assured the leadership of the Nigerian Association of Resident Doctors (NARD) that it will address issues raises by the medical practitioners.

over the planned industrial action of the

This assurance was made during a conciliation meeting which held on Monday in Abuja, the nation’s capital.

The meeting ended with high expectations that the planned strike would be shelved.

At the discussion, the Minister of Labour and Employment, Dr Chris Ngige, who convened the meeting gave an assurance that the government would address the issues raised by the doctors.

This comes two days after the resident doctors issued a three-week ultimatum to the Federal Government to address the issues raised by the union or risk a nationwide strike.

The demands include the doctors’ welfare, the residency training programme, and the poor state of infrastructure in government hospitals.

Aide Dumps Akeredolu Less Than A Month To Ondo Guber