Sons and daughters of Osogbo on Saturday paid homage to the Ataoja of Osogbo land, Oba Jimoh Oyetunji Olanipekun as he celebrates 10 years coronation anniversary.

Among many illustrious indigenes, who attended the ceremony in Osogbo, the Osun State capital, was the former First Lady of Ogun State, Dr. Olufunso Amosun.

At the ceremony, Mrs Amosun, who is the founder of UPLIFT Development Foundation, announced a financial donation towards development projects in the area.

Also, the Muslim Political Awareness Front (MUPAF) said it is satisfied with the reign of the Ataoja so far.

The group expressed this In a congratulatory message signed by its State Publicity Secretary, Arakunrin Ajelogbon De-Moon and made available to journalists on Saturday in Osogbo.

MUFAP described the 10 years of Ataoja Larooye II on the throne as peaceful and accommodating to both indigenes and residents of the ancient city.

“Kabiesi, your reign has brought tremendous development to both indigenes and residents of Osogbo, may your reign be long on the throne of your forefathers. We are proud of you kabiesi”, MUFAP said in the statement.

Oba Jimoh Oyetunji Olanipekun ascended the throne of his forbearers as the 18th Ataoja of Osogbo ìn 2010 after the demise of Oba Dr. Iyiola Oyewole Matanmi, who reigned for 34 years. 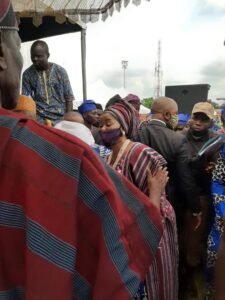 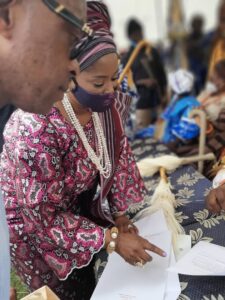 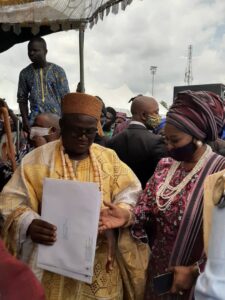 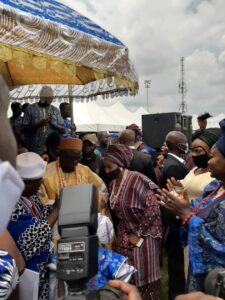 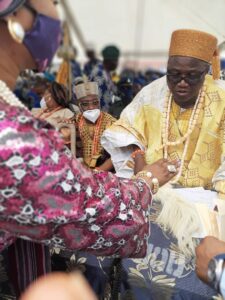 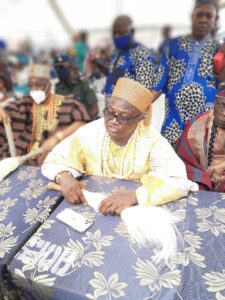 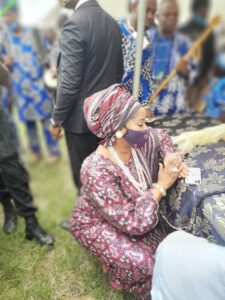 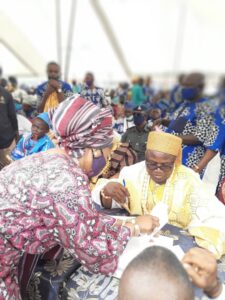