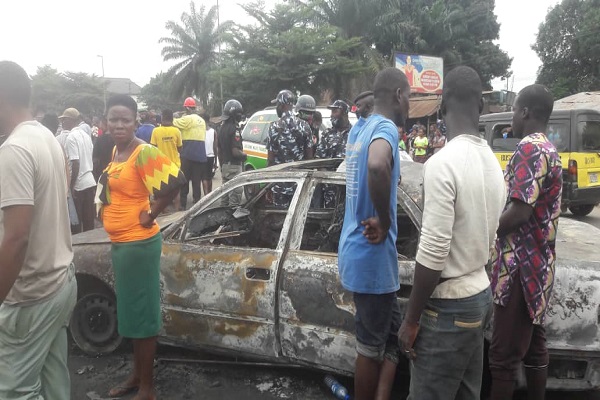 A Friday morning accident that occured at Irete in Owerri West Local Goverement Area of Imo state has claimed the life of one person and left three others injured.

Echotitbits gathered that a bus loaded with fruits reportedly rammed into a gas truck that was heading out from a gas station along Owerri-Onitsha road.

The impact of the collission had caused the two vehicles to go in flames.

The Coordinator, National Emergency Management Agency (NEMA) in charge of Imo and Abia states, Evans Ugoh who confirmed the accident said three injured persons were already in the hospital.

Although, the two vehicles were completely burnt, officials of the Imo State Fire Service, Red Cross Society, the Police and Nigerian Security and Civil Defense Corps were on ground to put out the fire.