Statue of Confederate General Stonewall Jackson is being removed by crane in Richmond, Virginia.

Richmond Mayor Levar Stoney on Wednesday ordered the immediate removal of all Confederate statues on city land, saying he was using his emergency powers to speed up the healing process for the former capital of the Confederacy amid weeks of protests over police brutality and racial injustice. 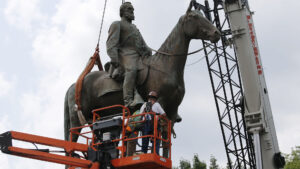 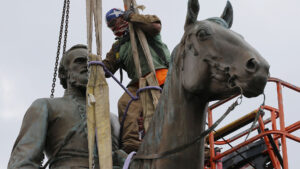