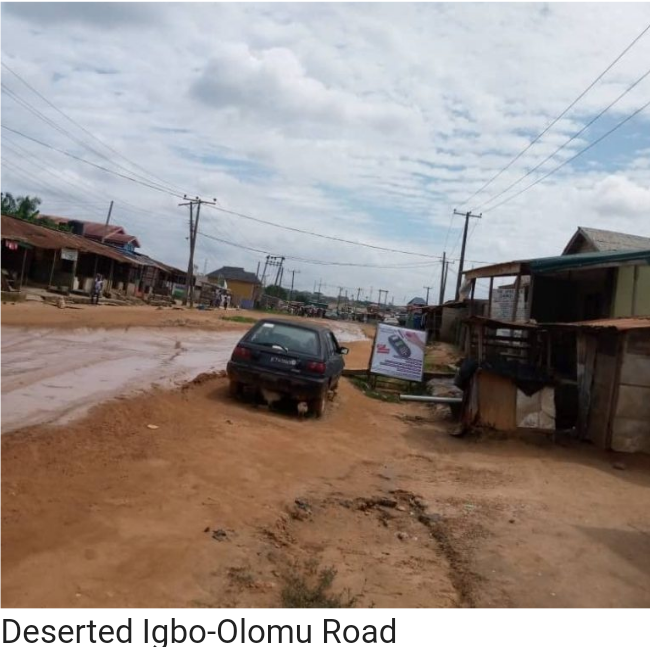 There was pandemonium on Thursday morning in Igbo-Olomu in the Ikorodu area of Lagos State as a result of a brutal clash between Hausa and Yoruba residents .

The clash, according to PM News, which started Thursday morning caused serious panic among traders and other residents who fled into their houses to escape dangerous weapons being freely used.

The cause of the fracas was attributed to a Yoruba man who refused to pay a Hausa okada rider who had conveyed him into the area. 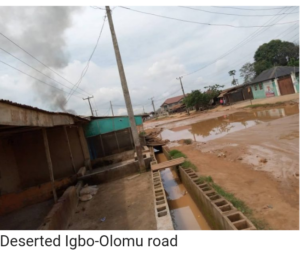 Reports stated that the refusal of the Yoruba man to pay the fare resulted in altercation, that almost immediately degenerated into an ethnic clash.

According to report by PM News, an eyewitness in the area, who said he fled into his house with his family, stated that Igbo-Olomu was now like a ghost town as residents fled into their houses to avoid being caught in the clash.

PM News further reported that an unconfirmed source said that a man had been spotted dropped to the ground, but could not tell whether he was dead or not.

It was said that the Onyabo security outfit had joined in the battle, which reportedly began at Baale/Ola Imam area of Igbo-Olomu.

When contacted, the Police Public Relations Officer, PPRO, Lagos State Police Command, Muyiwa Adejobi said he could not hear what the reporter was saying as he was in a noisy environment, scene of the gas explosion at Baruwa area of Lagos, PM News reported.

However, a top police source was said to have confirmed that policemen had been drafted to the area to maintain peace.