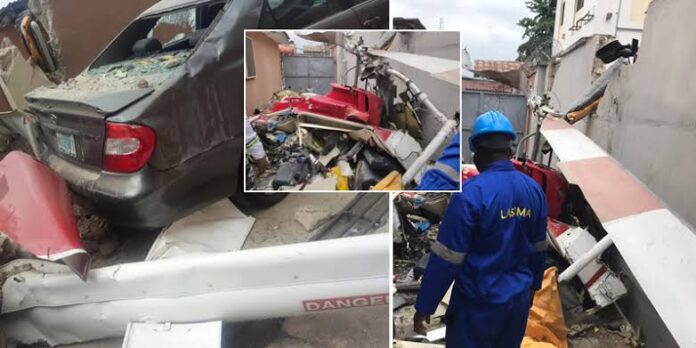 A Bell Helicopter 206B3, belonging to Quorum Aviation Limited, Friday crashed into a building around Salvation Avenue in Opebi area of Lagos State.

Information has it that the helicopter dropped from the sky around 12pm at Salvation Bus Stop in Opebi and killed two people. 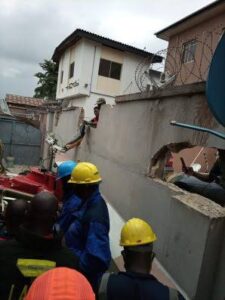 According to LASEMA Director General, Femi Oke-Osnyintolu, three people were on board the aircraft when it crashed. 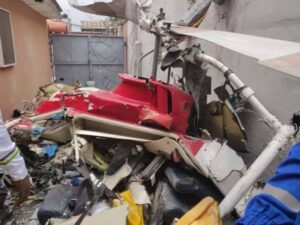 He said the agency received distress calls concerning a privately operated helicopter that crashed into 16A Salvation Road, Opebi in Ikeja and immediately activated the emergency response plan.

He said one person was in intensive care unit at Lagos State University Teaching Hospital (LASUTH), while the two dead bodies have been deposited in mortuary.

“The helicopter was carrying three (3) people, one is in the intensive care unit at Lagos State University Teaching Hospital, while the other two were killed on impact and their bodies have been deposited in mortuary.

“We are on top of the situation, especially crowd control. Operation is ongoing and more updates will soon follow,” he explained.

LASEMA alongside with other first responder teams are still at the scene of the crash as at the time of filing this report.