A Federal High Court sitting in the Federal Capital Territory (FCT) has reaffirmed and extended its order making Chief Victor Giadom as the Acting National Chairman of All Progressives Congress (APC) following the Court of Appeal’s approval of the suspension of Comrade Adams Oshiomhole from the party and office.

The court extended the order for two weeks in a ruling it gave upon listening to the prayer of Mr. Wale Afolabi, counsel to Giadom, to extend the order it gave on March 16, 2020.

It reaffirmed an interim order granting him approval to continue being the National Chairman in acting capacity, pending the hearing and determination of the motion on notice or till NEC of the party decides.

The court also restrained APC or any other member of the party from disturbing Giadom from functioning as the party’s Acting National Chairman. 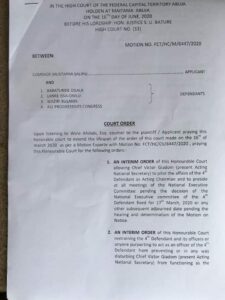 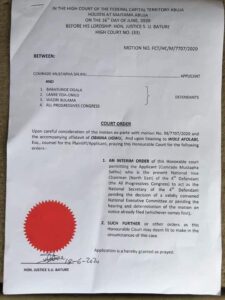 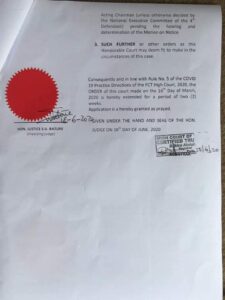