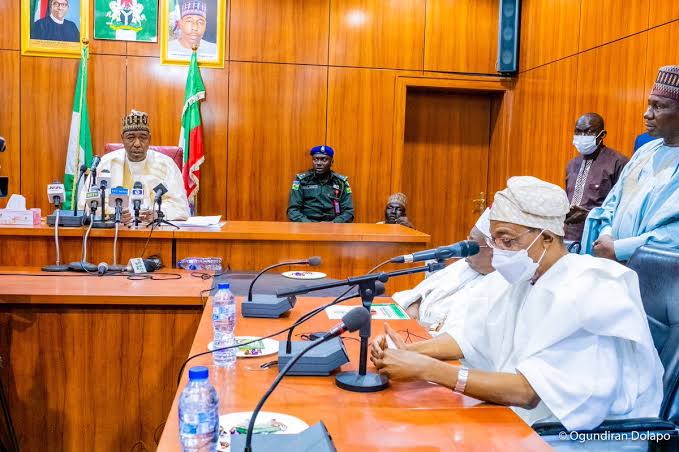 The Federal Government has begun a nationwide stakeholders’ engagement to improve internal security and strengthen conflict resolution to bring an end to security challenges across the country.

The Minister of Interior, Ogbeni Rauf Aregbesola, speaking at a stakeholders’ engagement meeting on Tuesday ìn Maiduguri, Borno State capital expressed government’s commitment to ending the wave of insecurity across the country. 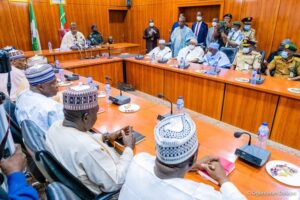 The Minister, declaring that enough was enough and that security agencies must rise to the occasion of securing the nation from criminal elements urged Nigerians and the people of Borno State, in particular, to support the President Muhammadu Buhari led-Administration in its efforts at exterminating insurgency.

Aregbesola, while delivering a speech titled “The People as the Cornerstone of Security”, said the summit was called to tap from the wealth of experience of the Kanem Borno Empire that made it to stand secured for 1, 200 years, more than the Byzantine Empire or the Holy Roman Empire.

A statement by the Ministry’s Director, Press and Public Relations, Mohamed Manga, quoted the Minister to have said that President Buhari and members of the Cabinet are greatly pained over the hardship Nigerians are going through on account of the security challenges in some parts of the country and are determined to do whatever is necessary to bring an end to the activities of these marauders.

“Enough is enough. Some nations have faced them before and have come out victorious. We are going to do the same and nothing is going to stop us. But to be able to win, we need the support of the people. We must understand that the defence and security architectural complex is a pyramid. Sitting on the top is the military, followed by the police, next is the other security agencies and at the base, carrying and supporting the complex, are the people who are the security-agency-at-large.”

In his commendation of security agencies, the Minister recognised their doggedness in the fight against crime and criminality in the country.

He also called on them to see the people as important to achieving success, stating that people are the essence of a nation and not just a territorial space, and thus, constitutes the singular most important basis of all the institutions of the state.

“Any security agency operating within a national space that disregards the support of the people is simply doomed in its mission of defence and security. I am of the firm opinion that if the security agencies have the trust and support of the people, the terrorists and those constituting threat to life and property in any part of the country, would not be anonymous. They would have been handed over by now. The insurgents and other criminals who are disturbing us, are not ghosts but humans, nevertheless they are a tiny minority. They can never withstand a united and determined people who take their security seriously.” Aregbesola emphasised.

While emphasising on collaboration between security agencies and the people, the Minister admitted that a formidable military might and cutting-edge technology are necessary in the fight against crime and criminality, observing that without the support of the people, they may be ineffective.

“The government needs the support of the people in confronting a mobile, flexible and fluid insurgents that hide among the people”, he emphasised.

Similarly, the Governor of Borno State, Professor Babagana Umara Zulum, also at the stakeholders’ engagement, assured that the Government and people of Borno would continue to support the efforts of the Federal Government in its determination to ensuring the restoration of peace and security in the state. 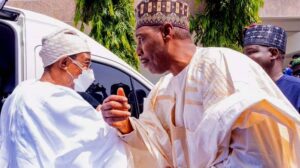 He thanked the President Buhari-led administration for liberating a substantial part of the State and the Northeast from the grip of the insurgents.

The Governor narrated how some time ago, 23 of the 27 local government areas of the State were fully controlled by insurgents but for the military intervention of the Federal Government that reversed the situation.

In his remarks, the Shehu of Borno, Alh. Abubakar Ibn Umar Garba pledged the support of the traditional rulers to the Federal Government in its efforts towards finding lasting peace and security in all parts of the country.