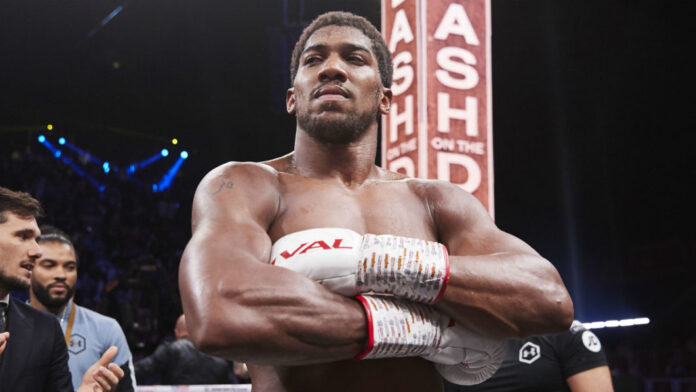 The locations and dates for the much-anticipated all-British showdowns are yet to be announced.

Confirming the agreement, Hearn told ESPN: “The hard part is always getting everybody to put pen to paper.

“But this was a major effort from all parties to get this over the line. You had rival promoters, rival networks and rival fighters.”

Hearn said a venue for the fights, in which Joshua’s WBA, IBF, and WBO titles and Fury’s WBC belt will be on the line, is set to be confirmed: “within the next month”.

According to reports, Saudi Arabia, where Joshua won a rematch against Andy Ruiz Jr in December 2019, is the frontrunner.

But Hearn told ESPN he “already had approaches from eight or nine sites” across the Middle East, Asia, eastern Europe, and America.

“We’d like to get a site deal confirmed in the next month,” he said.

Since avenging a shock defeat to Ruiz, Joshua has defended his titles against Kubrat Pulev in London in December.

Fury has not fought for more than a year since defeating Deontay Wilder in February 2020 to claim the WBC title.

Joshua previously stated he hoped the fight could take place as early as June.

“(The coronavirus pandemic) is getting close to things being normal. We’re working on a date for around June,” the former Olympic champion told Sky News.

“I’m ready. I’m really looking forward to competition — all I want to do is fight, fight, fight.”

Fury has consistently made jibes at Joshua’s expense, claiming in January that he would knock out his fellow Brit within two rounds.

However, last week the self-styled “Gypsy King” said he had stopped training after becoming tired of waiting for the fight to be agreed upon.

“I’m not training anymore,” Fury told ESPN. “I’m taking some time away from the game at the moment, because, like I said, I’ve been ready to fight since I beat Deontay Wilder last year. I’ve had no success in getting another fight.”

– Four belts –
All four belts will be contested in a heavyweight bout for the first time.

The last undisputed heavyweight champion was Britain’s Lennox Lewis, from 1999 to 2000. A boxer is now required to hold the WBO belt to be recognised as an undisputed champion.

Joshua has 24 wins and one defeat from 25 professional bouts. He lost his three world titles in a stunning defeat to Ruiz Jr in June 2019.

Fury is unbeaten in his 31 professional fights. He was controversially denied victory in a draw with Wilder in 2018 before winning their rematch in February 2020.

He beat Wladimir Klitschko in 2015 to win the WBA, IBF, and WBO belts before nearly three years out of the sport, during which he battled depression, drink, and drug problems.

Fury was cleared to fight again in December 2017 by UK Anti-Doping after accepting a backdated two-year ban for testing positive for steroid nandrolone.