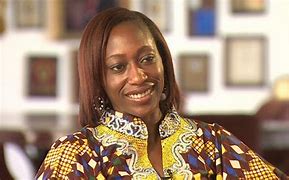 Hafsat Abiola-Costello
Today marks the anniversary of June 12, 1993, the day on which a general election was held in which my father, Chief M.K.O. Abiola, was elected President of the Federal Republic of Nigeria. Now, 27 years later, tragically, his campaign promise that Nigerians would say farewell to poverty remains unfulfilled.
My father had campaigned on a platform of restoring hope after General Ibrahim Babangida laid waste to a once vibrant economy with years of neoliberal economic policies. Within two weeks of M.K.O.’s election, on June 23, the military regime, inexplicably, annulled the results. By 1994, he was in jail, setting in motion a pro-democracy movement that continued until democracy was restored in 1999.
After 21 years, Nigeria now ranks as the wealthiest country in Africa. It is also the most populous with 200 million people. Yet, everyone feels the reality of deepening poverty across the country, causing many to question whether the democracy movement was worth the sacrifice.
Where did we go wrong? When that historic election was annulled, people power was ignited. Ordinary Nigerians led the struggle with their mother serving as the face of the movement. But we made a huge mistake. We thought our work was done when democracy was restored. With the benefit of hindsight, it is clear that our work had only just begun.
M.K.O.’s date with destiny should have been June the 12th. He, my mother, and so many students and activists are now dead. But Nigerians still have the prospect of realising the dream. If there’s anything we can learn from that time, it is this: the people must again take the lead.
In a world that is waking up to the fact that black lives matter, Nigeria’s demand for economic justice in the global system may finally be heard.
So let this be a day on which we renew our commitment to liberate ourselves from the shackles of poverty. United, we defeated a military dictatorship. United, once again, we can really fulfill the promise and eradicate poverty in our land.
A luta continua.