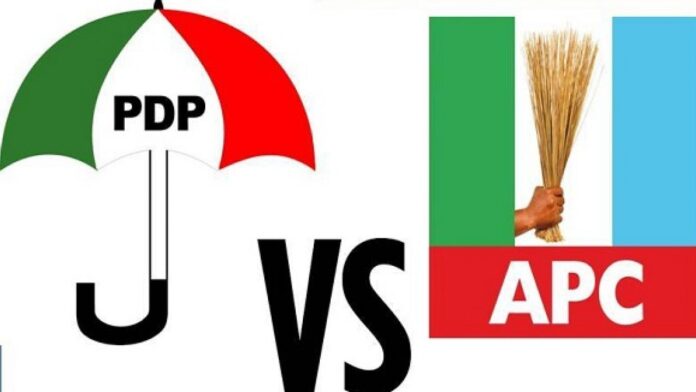 Kogi State Governor, Yahaya Bello, and the Peoples Democratic Party (PDP) have disagreed over the Supreme Court judgement, which affirmed the former’s victory at the November 17, 2019 gubernatorial election in the state.

After the apex court pronouncements on Monday, Bello tasked candidates of the other political parties who ran against him to join him in taking the state “to the next level.”

The governor, in a statement by his Chief Press Secretary, Mohammed Onogwu, described his victory at the apex court as “an affirmation of the landmark victory entrusted to him by the people of Kogi state at the November 16, 2019 polls.”

“The governor calls on the other parties and their candidates to forgo all forms of bitterness and division and join hands with him to take Kogi to the next level.

“[The] apex court’s decision upholding his victory is an affirmation of the identical positions on the matters taken by the erudite jurists at the tribunal and the court of appeal.

“The governor used the moment to pay tribute to His Royal Majesty, Dr. Micheal Idakwo, Ameh Oboni II, the late Attah of Igala who passed on last week. He described the late traditional ruler as ‘a unifier’ who was a great supporter of his administration, a father and a wise counsellor,” the statement said.

PDP has, however, expressed shock over the judgment of the Supreme Court on the 2019 Kogi State governorship election.

The party said though it accepted the verdict of the Supreme Court, as the apex court in the land, “the judgement fell short of the expectation of the majority of the people of Kogi State and Nigerians in general, who collectively looked up to the court to remedy the manifest injustices, manipulations, violence and killings that marred the election.”

PDP said: “Indeed, the judgement had not inspired hope in our national quest to ensure that our elections are violent-free as well as deter unpatriotic individuals who resort to violence and killing to gain access to power, as heavily witnessed in the Kogi election.

“However, as a law-abiding party, we call on the people of Kogi State and Nigerians at large, to remain calm, yet undeterred in their quest for the entrenchment of credible electoral process in our country.

“Our party deeply mourns all those who were gruesomely murdered as well as commiserates with all victims of the violence that was unleashed by the All Progressives Congress (APC) in the November 2019 Kogi State governorship election.”

The party also commended the resilience of the people of Kogi State in pursuing the recovery of their mandate to the very end, describing their commitment as “a demonstration of the undying determination of the people to defend their choice of leadership to the end.”

“Our party will continue to stand with the people of Kogi State as they weather the insensitive and anti-people government in Kogi State.

“We charge the people not to allow the judgment make them lose hope in our nation but rather remain united in their commitment, as good citizens, toward entrenching democratic values in our country despite the odds,” PDP advised, in a statement by its National Publicity Secretary, Kola Ologbondiyan.

The Supreme Court had Monday dismissed the appeals filed by Musa Wada of PDP and Natasha Akpoti of the Social Democratic Party (SDP).

Lagos State Police Command Tuesday declared that no protest or gathering or procession under whatever guise, would henceforth be permitted within the state. The command,...

Following activities of suspected hoodlums who have now hijacked the peaceful EndSARS protest across Nigeria, the Inspector-General of Police Mohammed Adamu has ordered the...

Ogun State Governor, Prince Dapo Abiodun, has again called on the Nigerian youth to call off their protest and engage government in a meaningful...