The Speaker of the House of Representatives, Rep. Femi Gbajabiamila, on Sunday implored the Nigerian Labour Congress (NLC) and the Trade Union Congress (TUC) to give room for enough time for negotiations with the executive arm of government over the industrial action scheduled to commence on Monday. 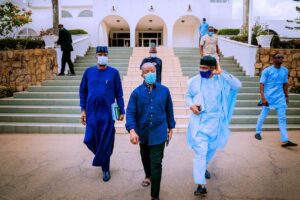 The Speaker, who gave the appeal when he met representatives of organised labour later met with the Vice President, Prof. Yemi Osinbajo, and the Secretary to the Government of the Federation Boss Mustapha to deliberate on the outcome of his meeting with the labour leaders.

The labour unions had threatened to embark on industrial action from Monday if their demands for the reversal of the increase in electricity tariff and Premium Motor Split (PMS) were not met.

Gbajabiamila, while meeting with the President of the Nigerian Labour Congress (NLC), Ayuba Wabba, and the President of the Trade Union Congress (TUC), Quadri Olaleye, in his office on Sunday, expressed concern over the consequences of a shutdown of the nation’s socio-economic activities on Nigerians, while disclosing his intentions to interface with the executive for a possible amicable resolution of the demands of the Labour unions.

Gbajabiamila said it is incumbent upon the House as elected representatives to see how they can intervene and perhaps a third voice, would be able to broker some kind of amicable solution to the ongoing impasse while citing instances where the House had successfully intervened.

“But what is the consequence, and that’s the bigger picture of going on strike. When we have a complete government shutdown, the people we seek to protect, invariably end up holding the short end of the stick.

“So it ends up defeating the purpose. You know, sometimes, no matter how long negotiations or talks last, sometimes at the end of the day, it may be the better route to take.

“The budget is coming to the National Assembly. Some policies that are being considered and that will make sure to cushion the effect of this includes the provision of food items, distribution of grains, reduction on taxes on minimum wage, payment of some special allowances from October to January 2021, involvement in the ownership of housing programs through household and mortgage outlets by the NLC and TUC members, and special policy of government vehicles autogas, which is an alternative to PMS for public establishments.

“I think these policies and more will go a long way and this can be provided in the budget but it is a couple of weeks away or less. So this is an appeal”.

After the meeting, Wabba said the outcome of the interface with the executive as promised by the Speaker would determine the next line of action of the Labour unions.

He said: “We told the Speaker how the discussion with the Federal government went and how the meeting was adjourned, so, he has also promised to try and intervene at his own level to see to it that we don’t inflict more pains on Nigerians.

“In the course of the discussion, we had also realized that the House of Representatives has actually done a lot on these issues, including recommendations to the government which we have shared mutually

“But the bottom line is that we want this burden that has now been shifted to Nigerians as consumers is also lifted so that we can have a decent life”.

On the strike, he said, “If the issues are not addressed, we have given notice and that notice will certainly expire by tomorrow (Monday) and all the actions we have pronounced will take effect”. 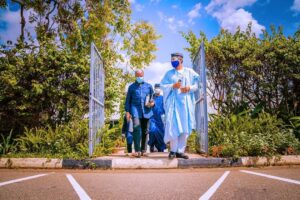 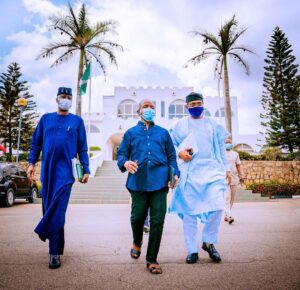 Lagos Police Command Says Opebi Shooting Has Nothing to Do with...

Putin: World’s First Vaccine against COVID-19 to Be Registered in Russia