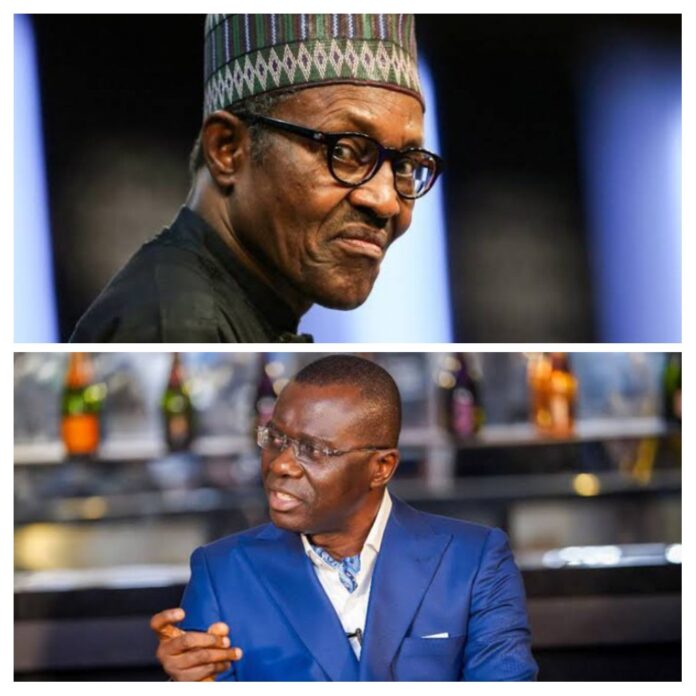 Accident Investigation Bureau (AIB) has recovered the black box of the helicopter that crashed into a residential building in Opebi area of Lagos State.

This was coming as President Muhammadu Buhari and Lagos State Governor, Babajide Sanwo-Olu, commiserated with families, friends and associates of people who lost their lives. 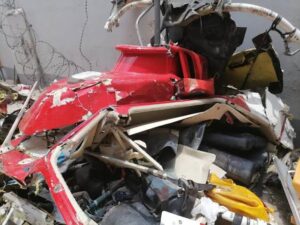 AIB officials confirmed that the black box was recovered around 3pm.

The helicopter, a Bell 206, with registration number 5N BQW belonging to Quorum Aviation, an air transportation and logistics company, came in from Port Harcourt, Rivers State, with two crew members and a passenger.

Two people were reportedly killed after the helicopter crashed into a residential building around Salvation Road in Opebi, Lagos around 12pm.

He added that two people were confirmed dead, while another person who sustained injuries was taken to Lagos State University Teaching Hospital (LASUTH) in Ikeja for treatment.

Meanwhile, Buhari, in a statement by his Special Adviser on Media and Publicity, Femi Adesina, while saying the nation awaits report of investigation into the accident by aviation regulatory agencies, prayed God to console the bereaved families, grant peace to the souls of the dead and speedy recovery for the injured.

Sanwo-Olu, in a condolence message signed on his behalf by his Chief Press Secretary, Gboyega Akosile, promised that his administration would work with all the relevant Federal Government agencies to unravel the remote and immediate cause of the accident so as to prevent a re-occurrence in the future.

The governor advised residents of Opebi and its surrounding to go about their business peacefully, saying “there is nothing to fear as men and officers of the state emergency services were promptly deployed to the scene of the crash and they had brought everything under control,” adding that “the environment is also safe and secure.”

Sanwo-Olu prayed God to grant the deceased eternal rest and grant the families they left behind the fortitude to bear the irreplaceable loss.