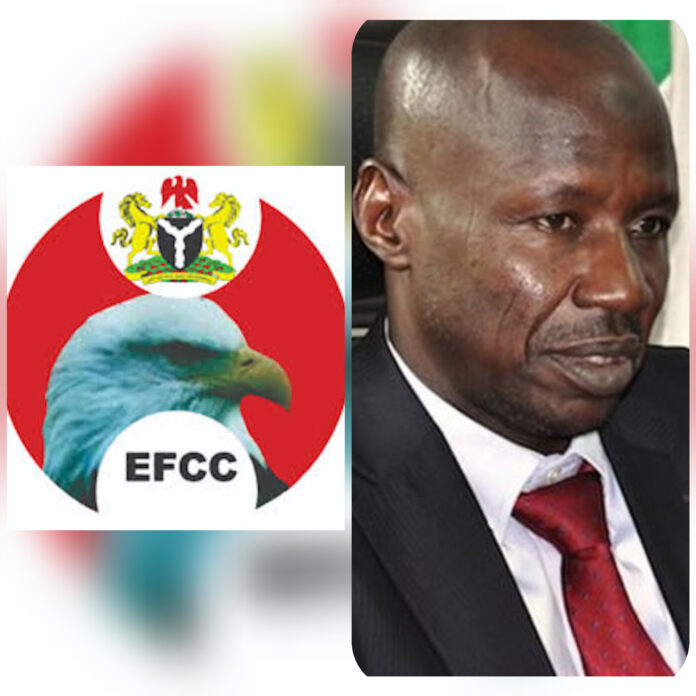 Economic and Financial Crimes Commission (EFCC) has debunked media reports that its Acting Chairman, Ibrahim Magu, was arrested by the Department of State Services (DSS).

EFCC, in a statement on Monday afternoon by its Head, Media and Publicity, Dele Oyewale, explained that Magu only honoured an invitation extended to him by a Presidential Panel reviewing the activities of the commission.

“Acting Chairman of the EFCC, Mr. Ibrahim Magu, on Monday, July 6, 2020, honoured an invitation by a Presidential Panel reviewing the activities of the EFCC, at the Banquet Hall wing of the Presidential Villa, Abuja.

“He was served the invitation to the Panel, while on his way to the Force Headquarters, Abuja for a meeting.

“The EFCC’s boss was neither arrested nor forced to honour the invitation. A member of a legal team from the EFCC is also with him on the Panel,” the statement said.

House of Rep to investigate $1.05 billion withdrawals from NLNG account