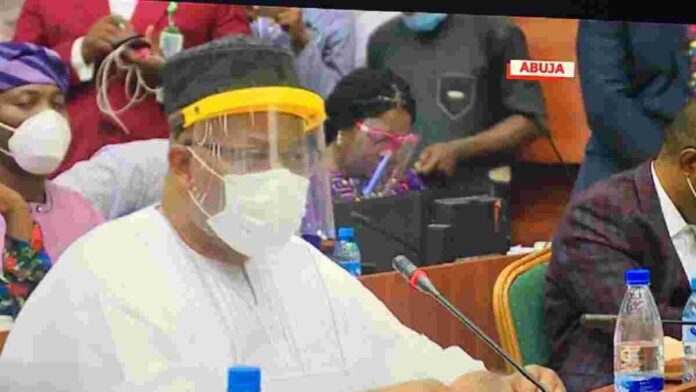 Nigeria’s Minister of Niger Delta affairs, Godswill Akpabio, says he was misunderstood in his statement on NASS members being beneficiaries of contracts awarded by the commission.

In a letter read by Speaker, House of Representatives, Femi Gbajabiamila, on Thursday, Akpabio said the house panel probing the alleged mismanagement of N81.5 billion in the commission did not give him the opportunity to clarify his statement.

His letter came barely an hour after the House threatened to sue him for defamation, for failing to name lawmakers who got the contracts from NDDC, an allegation he made during a televised hearing.

“I never referred to members of the ninth national assembly as beneficiaries of NDDC contracts as NDDC is yet to fully implement any NDDC budget since the commencement of the ninth national assembly. In fact, the 2019 budget passed in February and harmonised on 5th of March 2020 was received by the commission in the middle of April 2020 when the same was designated to expire on 31st May 2020.

As a former minority leader in the eight senate, I shall forever promote the ideals of the national assembly as an institution, hence I will not make the attached documents public since I obtained the documents from the lead forensic auditors in confidence, he added.

Wabba: Labour Unions Will Soon Speak on Hike in Prices of...