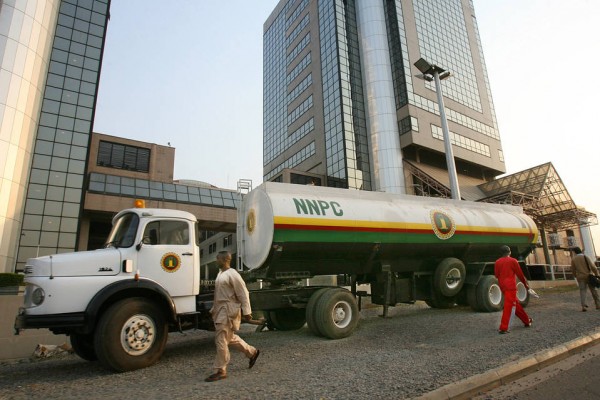 This was coming as the corporation has taken measures to bring down cost of crude oil production to $10 per barrel or below.

NNPC’s warning was contained in a report by the corporation’s Retail Limited Managing Director, Sir Billy Okoye, who admonished motorists to be wary of the off-spec products.

Okoye explained that “the warning became necessary because the low grade, contaminated diesel is harmful to machines and environment”, adding that “NNPC Retail Limited as a market leader considered it incumbent upon it to alert the public on the subject.”

He assured consumers that “NNPC Retail Limited deals only in premium, high-quality products in the interest of Nigerian motorists and users”, urging consumers to patronise the company’s stations where the quality of their products is assured.

As a deregulated product, diesel is also imported by other major and independent marketers in the country.

Meanwhile, NNPC said it’s taking measures to bring down cost of crude oil production to $10 per barrel or below. This was disclosed by the corporation’s Chief Operating Officer (COO), Ventures and Business Development, Mr. Roland Ewubare.

The COO explained that terrain peculiarity was an important factor in determining cost, arguing that issues such as pipeline vandalism and crude oil theft, among others, were some of the factors peculiar to the Nigerian terrain that drive up crude oil production cost in the country.

He, however, stated that NNPC was looking very closely at such variable as logistics, security and transportation with a view to reducing cost of production to $10 and below per barrel.
He disclosed that much had been done over the years in the area of reducing contracting cycle which used to be a major factor responsible for high cost of production, noting that the National Petroleum Investment Management Services (NAPIMS) achieved a six-month contracting cycle under him as Group General Manager.

Amidst speculations of non-compliance by some countries with the production cuts agreed upon by the Organisation of the Petroleum Exporting Countries (OPEC) and its non-member allies, Ewubare affirmed that Nigeria was in full compliance with the agreed output cuts, saying reports including Nigeria on the list of non-compliant countries were not true.

Ewubare explained that though Nigeria’s total production capacity was 2.3 million barrels per day (mbpd), it was currently producing only about 1.4mbpd in compliance with the OPEC+ production quota, adding that what makes up the little extra over the 1.4mbpd figure being bandied around for Nigeria was condensate which is usually not computed as part of production in OPEC quota.

“There’s some confusion in the market around the parameters for the production cuts. Nigeria has a full production capacity of about 2.3mbpd. We are currently producing between 1.6 and 1.7mbpd.

“Our OPEC quota as a result of the cuts is about 1.4mbpd. You and I know that condensate is not included in the computation of the cut numbers. So what we have is 1.4mbpd of crude oil.

“The little you see above 1.4mbpd is made up of condensate which does not count as part of the basis for assessing our OPEC quota”, Ewubare said.

NNPC Group Managing Director, Mallam Mele Kyari, in a recent interview advanced a similar position where he stressed that NNPC was working assiduously to bring down the cost of crude oil production to not more than $10 per barrel by 2021.