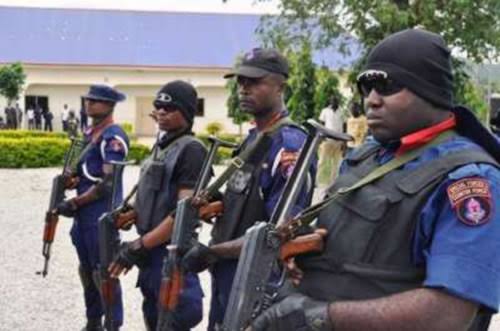 The State Commandant, NSCDC, Danjuma Elisha who paraded the alleged illegal miners on Saturday said the suspects were arrested following a directive by Gov. Hope Uzodimma to crack down on illegal mining operators in the state.

The suspects, Elisha said we’re arrested by a combined team involving the Military, Police and the Federal Road Safety Commission among others.

Elisha said that he would conduct the profiling on the suspects before charging them to court.

“We are here to work and we must carry out the governor’s directive to its fullest by ensuring that the environment is safe for all.

“Illegal mining is impacting negatively on the lives of people in Imo.

“It is one of the causes of landslide and heavy flooding, so we will not allow it to happen again,” he said.

The arrest operation was a feat achieved due to the existing collaboration and synergy of operations among security agencies in Imo state.

According to NAN, one of the suspects, Kelechi Nwokocha, who pleaded for forgiveness, confessed that he was in the business for seven years.

“I was arrested at Worie River at Nekede Old Road.

“I am aware that we are doing illegal business and our mining activities are impacting negatively on the environment.

“If I am given a second chance, I will not go back to illegal mining again,” he said.

NAN reports that Gov. Uzodimma had recently announced a ban on illegal mining and directed security agencies to crack down on suspects.