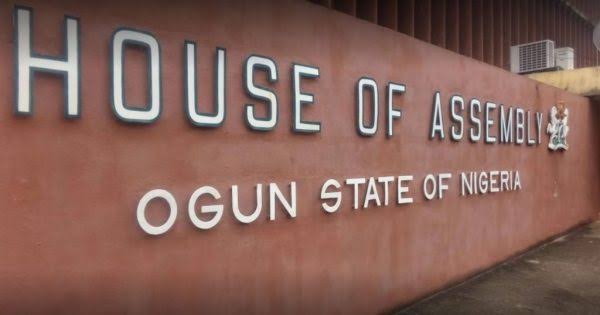 Ogun State House of Assembly has passed the 2020 Appropriation (Amendment) Law which seeks to reduce the annual budget from N450 billion to N280 billion resulting in 38 per cent reduction of the initial budget.

The passage of the bill titled: “H.B. No. 050/OG/2020 – A Bill for a Law to amend the Year 2020 Appropriation Law,” was consequent upon the presentation of the report of Ogun State House Committee on Finance and Appropriation by the Chairman, Olakunle Sobunkanla, at a plenary presided over by the Assembly Speaker, Olakunle Oluomo, in Abeokuta.

Sobunkanla thereafter moved the motion for the adoption of the report, seconded by the Minority Leader, Ganiyu Oyedeji, and supported by other lawmakers through a voice vote.

The Assembly later considered the bill clause-by-clause before the Assembly Committee of Supplies, after which the motion for the third reading was moved by the Majority Leader, Yusuf Sheriff, seconded by a member representing Odeda State Constituency, Oludaisi Elemide, after which the Clerk of the House and Head of Legislative Services, Deji Adeyemo, did the third reading.

Responding, Oluomo directed that the clean copy of the bill be transmitted to Governor Dapo Abiodun for his assent.

Meanwhile, two bills including Ogun State Energy Board Law, 2020 and Ogun State Safety Commission Law, 2020 scaled the first reading, as they were read by the Clerk/Head of Legislative Service before the lawmakers.