Ogun State government has assured that all outstanding entitlements of its workers would be paid, just as it commended the State trade union leaders for their civil and mature ways of handling issues.

The State Governor, Prince Dapo Abiodun made the pledge at the swearing-in of new Permanent Secretaries, Principals General and Headteachers General, at the Governor’s office, Oke-Mosan, Abeokuta. 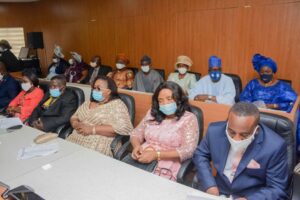 Gov. Abiodun said he regards workers in the State as co-builders, who have contributed their quota to the advancement of the State, they deserve to be well taken care off.

“Our administration will not, and I repeat, deny you of the rewards of your meritorious and hard-work. You have all worked and contributed your quotas to the continued development of our dear State. Personally, as a child of retired Public Servants, I appreciate the import of these entitlements to the welfare, wellness and wellbeing of workers, either, serving and retired.

“I am particularly using this occasion to state the commitment of our administration to off-set all outstanding dues and other entitlements as financial status of the State improves”, the Governor promised.

He noted that his administration that does not renege on its promises, as it was deploying resources towards ensuring a conducive environment for the workers for efficient and effective service delivery, maintaining that workers’ pensions and other entitlements were some of the issues that attracted its attention and immediate intervention.

According to the Goverrnor, “we cleared the backlogs of promotions of over 10,000 personnel in the education industry. We also sent some on overseas training as we are committed to human capital development. I must state that the process to clear the backlogs of the 2018, 2019 and 2020 promotion exercises are at advance level.

While congratulating the new Permanent Secretaries, Governor Abiodun said their appointments are testaments to their past records and a challenge to do more in the service of the State and humanity, adding that the process that led to their appointments was based on seniority, merit, professionalism, equity, inclusiveness and the overall interest of the Public Service and the State in general.

He also reminded them that their appointment was a call to greater service and as the standard bearers of the State Public Service, they are to interface between the government and the public by bringing more initiatives to improve the implementation of government policies and programmes, as the emergence of COVID-19 has continued to increase the expectations of the government.

The Governor added that his government was restoring the positions of the Principals-General and Headteachers- General to motivate teachers to attain higher position of authority, urging the new appointees to ensure that their appointments translate into immediate positive results of improving education in the State.

Similarly, Governor, Prince Dapo Abiodun Tuesday, appointed new Chairmen and members of Boards of Government Agencies in the state and charged them to make probity and prudent management of resources their watchword, urging them to see their appointment as a call to service. 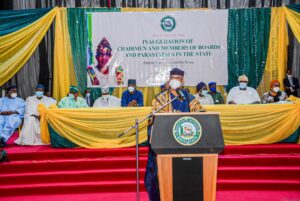 The Governor who made the charge at the swearing-in ceremony for the new members of Boards and Parastatals, held at the June 12 Cultural Center, Kuto, Abeokuta, admonished the appointees not to constitute themselves into cost centers that would further eat into the already lean finances of the state government.

“As members of Boards of Governments Agencies, you are all enjoined to make probity your watchword, and be prudent in the management of both human and material resources under your care, you must consider all members of staff as the important catalysts to achieving the greatness of your Boards.

“You should all collectively and individually work hard to add value to your Boards rather than constitute yourselves into cost centres that would further eat into the already lean finances of Government,” he said.

Abiodun expressed the desire of his administration to continue giving responsibilities to visionary leaders, opined that having visionary and purposeful leaders at the helms of affairs in agencies and corporations would further translate and facilitate the present administration’s developmental agenda across all sectors of the States economy.

The State helmsman noted that the selection process for the chairmen and their members was a herculean task, as the State was blessed with highly qualified men and women who are equally qualified for the job.

Prince Abiodun further disclosed that his administration would continue to adopt the inclusive approach for positive contributions towards the development of the State, assuring that the policies and programmes of government would not be determined by the fancy of one individual or group.

“Our policies and programmes will not be determined by the fancy of one individual or group. Ogun State belongs to all of us, therefore, all the people will have a say in matters relating to the continued development of our dear State,” he assured.

The Governor also charged the new board chairmen and their members to stay clear of needless competitions that could complicate their operations, urging them to imbibe the guiding philosophy of the “building the future together agenda” of the present administration.

Responding on behalf of the newly sworn in chairmen and members of boards and parastatals, the Chairman, Ogun State Housing Corporation, who is also the State Chairman of the All Progressives Congress, Chief Yemi Sanusi, while promising that they would put in their best, called for support of the government to actualise the mission and vision of the government. 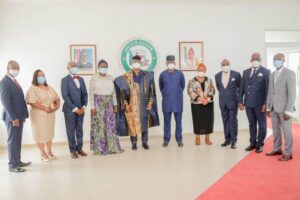 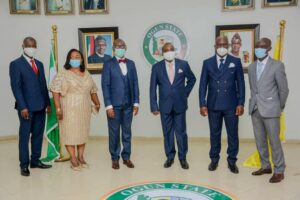 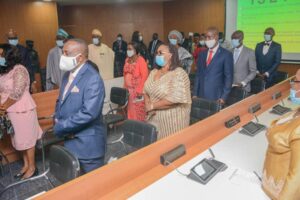 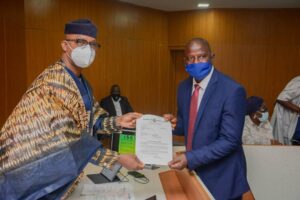 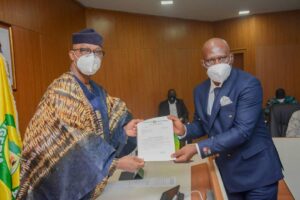 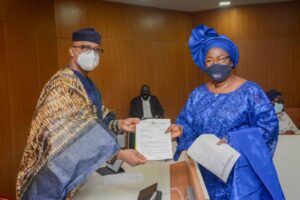 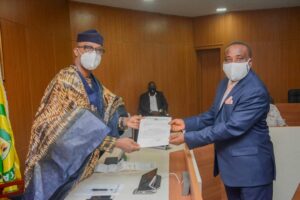 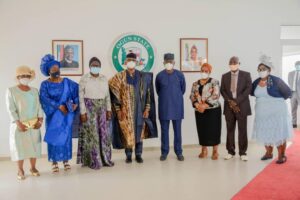 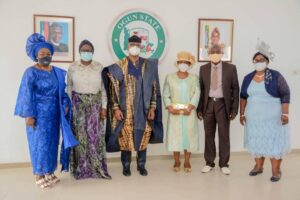 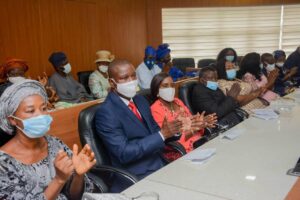 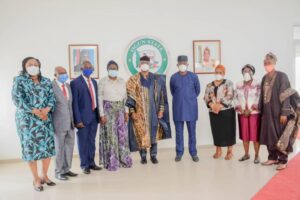 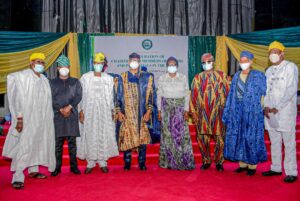 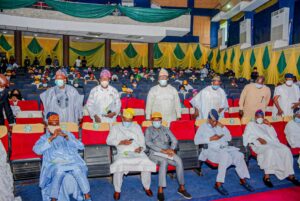 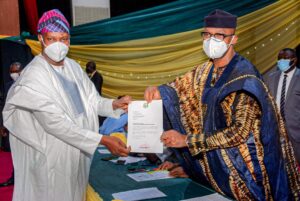 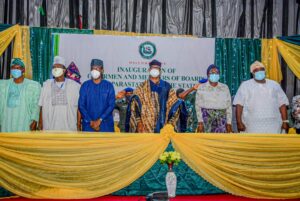 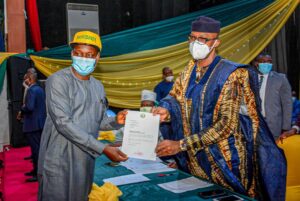 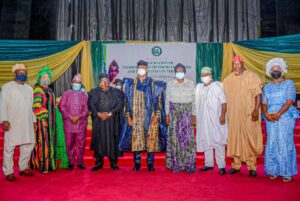 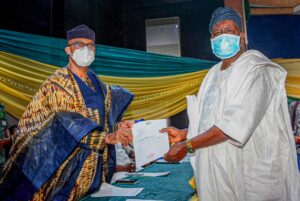