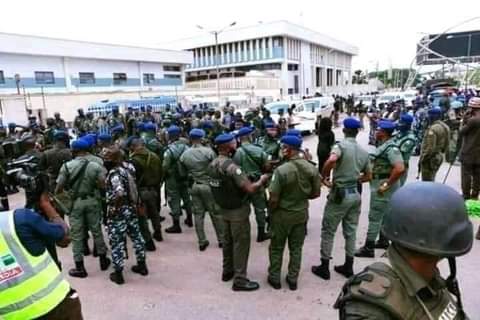 Inspector General of Police (IGP) Mohammed Adamu, has warned that no security aides would be allowed to accompany VIPs or political appointees on the day of the guber Elelection in Ondo State, noting that severe punishments would be meted out to anyone who violates the order.

This was coming as Adamu has deployed Deputy Inspector General of Police (DIG) in charge of Research and Planning, Adeleye Oyebade to administer the general security arrangement for the election in the state.

Adamu charged Oyebade to bring his wealth of experience to bear by ensuring the due enforcement of all electoral laws throughout the period of the election.

The police chief, in a statement by the Force Public Relations Officer, Frank Mba, said Garba Umar would be in charge Monitoring/Evaluation and would be assisted by Habu Sani.

Officers and men of the Force as well as personnel of other security agencies deployed for the election have also been charged by IGP to conduct themselves professionally and work in line with best practices as highlighted in the Code of Conduct and Rules of Engagement for Elections.

He also enjoined members of the public, especially politicians and their supporters to cooperate with the police and other security agencies in the national assignment of guaranteeing a hitch-free gubernatorial poll.