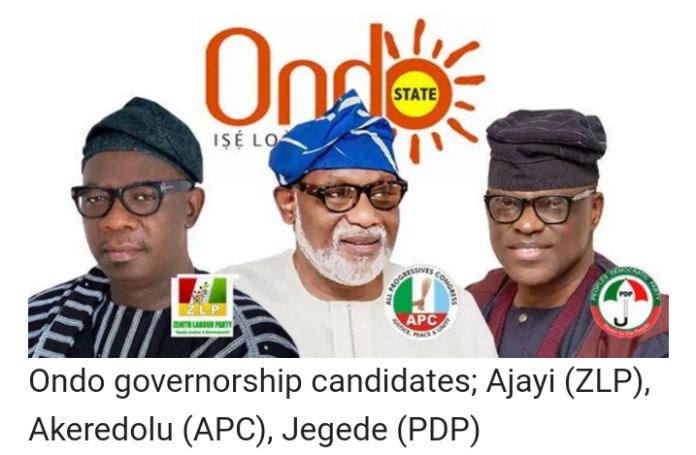 Compared to other candidates’ home run, Governor Akeredolu’s margin of victory at home turf was the biggest, reports said.

At the Akure polling unit of PDP’s candidate, Eyitayo managed to beat Akeredolu with 220 to 62 votes, a mere margin.

However, Deputy Governor Agboola Àjàyí of the ZLP, who scored only nine votes in the unit, won with a wide margin in his polling unit in Kiribo, Ese Odo Local Government Area.

PM News reported Agboola to have won in his Apoi Ward II, Unit 004, Idumado Quarters, with a wide margin, second to the margin recorded in Owo, by Akeredolu.