Nigeria’s first female combat helicopter pilot, has been laid to rest at the military cemetery in Abuja.

The funeral on Thursday was attended by many dignitaries, which include the Executive Governor of Kogi State, Yahaya Bello and Minister of Humanitarian Affairs, Disaster Management and Social Development, Sadiya Umar-Farouq.

Late Arotile, who died on July 14 from head injuries sustained from a freak accident at the Nigerian Airforce base in Kaduna, was described as the pride of NAF, was bestowed full military honours. 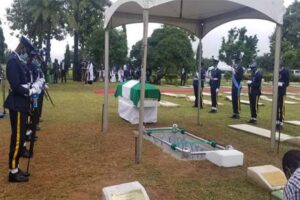 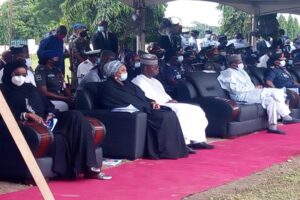 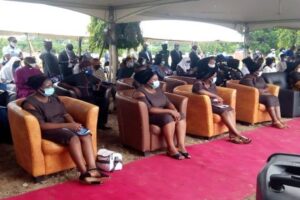 Lagos State Police Command has arrested the fleeing Sergeant Eze Aiwansone, attached to the Special Prorection Unit (SPU) Base 16 in Ikeja for the...

Coach of Nigeria's Super Eagles, Gernot Rohr, has recalled South Africa-based goalkeeper, Daniel Akpeyi, to his team for the qualifier match against Sierra Leone. On...

The Nigeria Football Federation (NFF) says it moved the 2021 AFCON qualifier between the Super Eagles and Leone Stars of Sierra Leone from its...