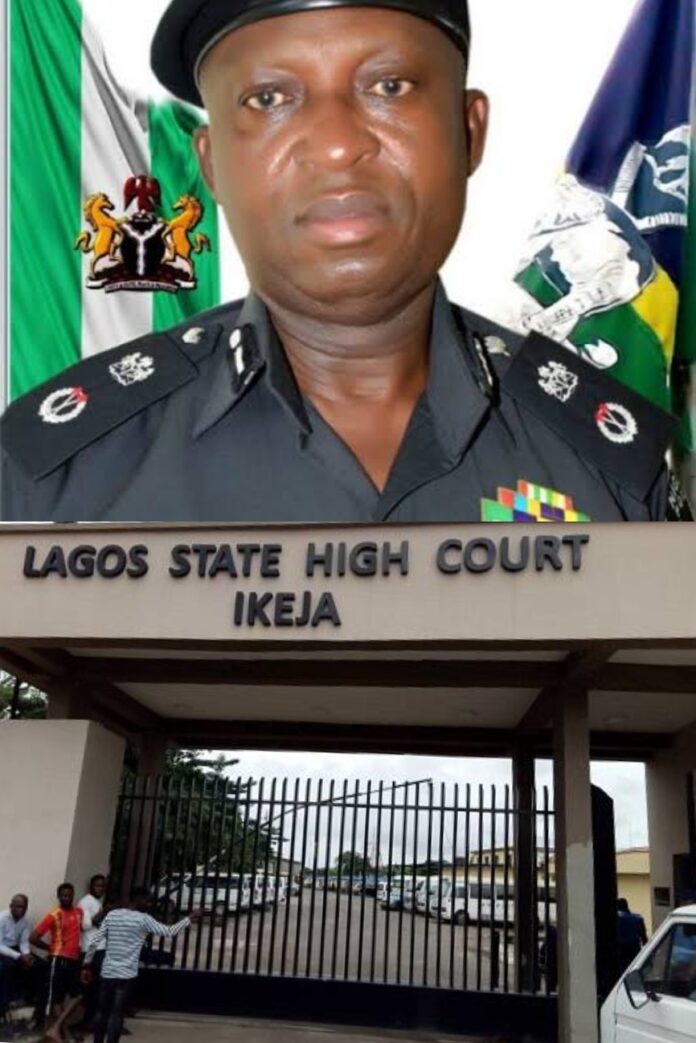 A new dimension has been introduced into the recent robbery incident that took place at the residence of late Moshood Kashimawo Olawale Abiola as two sons of the late business mogul, Kassim and Aliyu, have approached a Lagos State High Court sitting in Ikeja for the enforcement of their fundamental rights.

They told the court that they were discriminatorily singled out as a result of a complaint by their step-mother, which accused them of complicity in the robbery.

The duo had applied for the enforcement of their rights to personal liberty, dignity of person, right to private and family life, as well as right to freedom of movement, praying the court that they were unlawfully arrested and detained at the Special Anti-Robbery Squad in Ikeja.

Lagos State Commissioner of Police, Hakeem Odumosu, was cited as the sole Respondent in the suit, which the Applicants filed through their lawyer and human rights activist, Mike Ozekhome, SAN.

“A declaration that the arrest and subsequent dehumanisation and the continuous detention of the Applicants since the 2nd September, 2020, by operatives of the Respondent on the alleged Petition/Complaint of one Mrs. Adebisi Abiola, without granting them administrative bail within 24 hours of their arrest, are illegal, wrongful, unlawful and constitutes a blatant violation of fundamental rights as enshrined in Section 35 (1) (4) & (6), 37, 41 (1), 44 (1) and 46(1) of the 1999 Constitution of the Federal Republic of Nigeria, as altered, Sections 2, 3(1) (2), 17(1) (2), 18 (1) (2) (3), 19, 21 of the Administration of Criminal Justice Law, Lagos State, 2015, and Articles 5, 6 & 14 of the African Charter on Human and Peoples’ Rights Ratification and Enforcement Act Cap A9, Laws of the Federation of Nigeria 2004.

“A declaration that the Applicants are entitled to public apology and adequate compensation from the Respondent as provided for by section 35(6) and 46(1) of the 1999 Constitution of the Federal Republic of Nigeria, as altered, Sections 2, 3(1) (2), 17(1) (2), 18 (1) (2) (3), 19, 21 of the Administration of Criminal Justice Law, Lagos State, 2015, for the blatant violation of the Applicants’ fundamental rights without following the due process of law.

“An order of perpetual injunction restraining the Respondent whether by itself, its agents, employees, operatives, detectives, investigating officer(s), or by whatever name called, from further inviting, arresting or detaining the Applicant on the facts of an alleged Petition/Complaint made by one Mrs Adebisi Abiola, in relation to a purported or alleged robbery incident to which they know absolutely nothing about; and

“An order of this honourable court directing the Respondent and his operatives and agents to release forthwith the Applicants from the detention of the Special Anti-Robbery Squad, detention centre of the Respondent.”

Apart from demanding for an apology, the Applicants equally asked for an order to compel the Respondent to pay them N100 million as exemplary damages for the “wanton and grave violation” of their fundamental rights.

In a 21-paragraphed affidavit that was deposed to by Ubong Ikon, a Litigation Clerk in Ozekhome’s Chamber, the Applicants alleged that police officers forcibly broke into their homes and arrested them with seven other people.

“The Applicants were tortured, totally humiliated, dehumanised and terrorised, with a crowd of people swarming the premises to witness the ugly scene in the home of MKO Abiola, the former Presidential aspirant of the Social Democratic Party.”

The Applicants said they were informed that their arrest was as a result of a complaint by their step-mother to the effect that a robbery incident took place in their home.

“That suspected armed men invaded the residence and carted away valuables, including money.

“That the Applicants were thereafter roughly man-handled and bundled into the operatives’ vehicle and sandwiched between fully armed operatives of the Respondent, while one of them drove them like convicted criminals to the office of the Respondent,” they alleged.

It was gathered that the Applicants, who are both self-employed, were arrested at their homes by the police in Lagos State over a robbery incident that was said to have occurred inside premises they share with many other persons.

They told the court that though police had since conducted several searches at their apartments, nothing incriminating or connecting them with any alleged stolen item belonging to their step-mother was found.

Insisting that they were illegally arrested without warrant, the Applicants maintained that police lacked the constitutional rights to keep them in custody for more than 24 hours without an order of a court of competent jurisdiction.

They described the suspicion of their alleged involvement in the robbery as “completely false and malicious in its entirety,” saying the allegation was “meant to disparage their persons and their immediate nuclear family, not being biological children of the Complainant.”

The deponent further averred that the Applicants are also students that are about to travel abroad to the United States of America for further international studies.

“That their being singled out for continuous detention and torment is simply because they are not the biological children of the Complainant, Mrs. Adebisi Abiola, as her own children and aides staying in the same premises were left untouched.

“That the Applicants are in a very pitiable condition of mental agony and psychological depression, having not been in such an environment before and especially as they insist they are innocent of culpability in the alleged robbery.

“That the Applicants are ready and willing to stand trial if and whenever they are arraigned for any offence since investigation has long been concluded by the Respondent’s operatives, but are merely being subjected to ridicule, harassment, degrading treatment and torture,” they further alleged.

The Applicants have also filed an exparte motion and an affidavit of urgency, wherein they prayed the court to hear their case within the ongoing vacation period.

When the case came up on September 11 before Ikeja High Court vacation Judge, Justice Abiola Soladoye, Messrs Chimaobi Onuigbo and Ejieke Onuoha, holding the brief for Ozekhome, prayed the court to grant bail to the detainees due to their poor health and lengthy detention period in SARS dungeon since September 2.

The judge, however, directed that the police commissioner, who is the sole defendant in the matter, be put on notice about the suit. She consequently adjourned the matter to October 15 and ordered that the file be returned to the Assistant Chief Registrar for a re-assignment to a non-vacation judge for hearing.