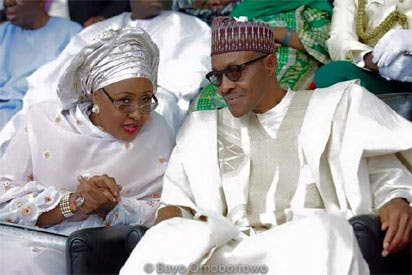 President Muhammadu Buhari has ordered a full investigation into a security breach at the Presidential Villa in Abuja in which an Aide-de-Camp to First Lady, Usman Shuguba, fired gunshots last Thursday in a bid to apprehend Buhari’s cousin, Sabiu Yusuf, who was alleged to have refused to self-isolate after returning from Lagos State, where he had gone to see his wife who had just put to bed.

Prominent Nigerians have expressed concerns over the development and tasked the President to take a decisive action.

Reacting to the incident for the first time on Sunday, Buhari, in a statement by his Senior Special Assistant on Media and Publicity, Garba Shehu, ordered investigation into the matter and vowed that rule of law would be allowed to take its natural cause.

“Armed guards and other security personnel assigned to the State House receive the necessary training of especially weapons handling and where they come short, their relevant agencies have their rules and regulations to immediately address them.

“Having authorised the proper investigation to be carried out into this unfortunate incident by the police, the President has acted in compliance with the rule of law.

“In this particular instance, the President says the law should be allowed to take its course,” the statement said.

While acknowledging concerns expressed by several members of the public regarding the recent incident among the occupants of the State House which escalation led to the arrest of some staff by the police, the statement assured that “the President and Commander-in-Chief of the Armed Forces, Muhammadu Buhari, is not, and was not at anytime in any form of danger arising, either from deadly infections or the reported incident by security personnel which is currently under investigation.”

The Presidency added that the incident happened outside the main residence of the President.

Shehu described the incident as “a minor occurrence,” and condemned some individuals who used the incident to “justify attacks on the government and the person of President Muhammadu Buhari,” saying such attitude “beggars belief.”

Meanwhile, the President has criticised members of the Northern Elders Forum (NEF) for alleging that the insecurity in some northern states of the country was an indication that Buhari and governors have failed in their constitutional duty to protect the people.

Reacting to this statement, Buhari said: “We are not surprised by this latest statement by Prof. Abdullahi, and our past position on what his group represents remains unchanged: a mere irritant and featherweight.”

NEF, in a statement on Sunday and signed by its Convener, Prof. Ango Abdullahi, had berated the President and some northern governors for not foing enoigh to protect the northerners.

But the President, in a statement by his Special Adviser on Media and Publicity, Femi Adesina, countered NEF’s position.

“Hearing that title, you would think the body was a conglomeration of true elders. But the truth is that NEF is just Ango Abdullahi, and Ango Abdullahi is NEF. It is a quasi-organisation that boasts of no credible membership, and its leader is akin to a General without troops.

“Before the 2019 presidential election, the one-man army called NEF had shown its antipathy against President Buhari, and its preference for another candidate. They all got beaten together.

“NEF is merely waving a flag that is at half-mast. President Buhari steadily and steadfastly focuses on the task of retooling Nigeria, and discerning Nigerians know the true state of the nation. They don’t need a paper tiger to tell them anything,” the statement said.