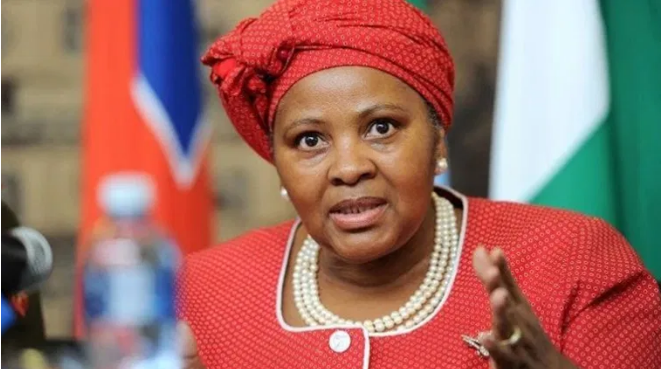 South Africa’s Minister of Defence, Nosiviwe Mapisa-Nqakula, has been sanctioned for using a state jet for political trip, which is clearly outside official activities permitted for such.

The nation’s President, Cyril Ramaphosa stated that Mapisa-Nqakula’s salary would be docked for three months over her use of state jet for an ANC September trip to Zimbabwe.

The Defence Minister also gave a jet-ride to an entire ANC delegation including Secretary General Ace Magashule, who traveled to meet with members of the Zanu-PF, Zimbabwe’s ruling party, over political happenings in the nation.

According to acting president’s spokesman Tyrone Seale “The President has further sanctioned the Minister by imposing a salary sacrifice on the Minister’s salary for three months, starting from 1 November 2020,”

President Ramaphosa said: “it was an error of judgment” to use a state aircraft to deliver a political message to another country.

The amount would be paid to the Solidarity Fund set up to respond to the COVID-19 pandemic.

Ramaphosa has also informed the minister to direct the ANC to repay the costs of the flight to Harare and report to him once that has been completed.