Boko Haram terrorist and family members
The Coordinator, Defence Media Operations, Maj.-Gen. John Enenche, disclosed this in a statement on Sunday in Abuja. 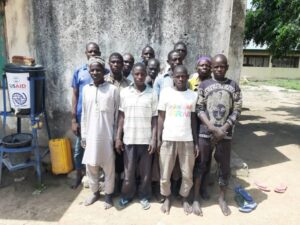 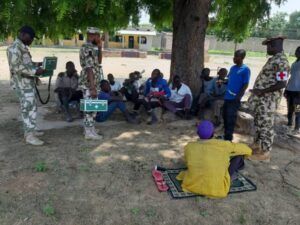 The DHQ media chief said the terrorists took the decision following a sustained aerial bombardment and aggressive intensive clearance operation of the troops of Operation LAFIYA DOLE on their village.

“They survived the aerial bombardment but were starving with nothing to fall back on. They have no choice than to surrender,” the source stated.

The suspected terrorists and their family members are now receiving medical attention at the 21 Special Armoured Brigade Medical Centre.