President Muhammadu Buhari on Friday received the flag bearer of the All Progressives Congress (APC) and contestant in the September 19 governorship election in Edo State, Osagie Eze-Iyamu.

The President’s Special Adviser on Media and Publicity, Femi Adesina, made this known in a statement on his Facebook page.

Adesina in the statement stated that President Buhari officially presented the APC flag to Eze-Iyamu as it is traditionally done before the party’s candidates go into polls.

However, the former APC National Chairman, Adams Oshiomhole, who is also a former Edo State governor, was absence at the meeting.

While making comments after the meeting, the Chairman, Caretaker Committee of the APC, Mai Mala Buni said President Buhari was impressed with the performance of the candidate who emerged through a transparent process.

Eze-iyamu, however dismissed as untrue,  report that four members-elect of the Edo State House of Assembly had met in his house on Thursday with the aim to impeach the Speaker of the House and elect new one.

The governorship candidate added that it is not true that President Buhari did not want to see him.

The Chairman of the APC National Campaign Council for Edo State Governorship Election and Governor of Kano State, Dr Abdullahi Umar Ganduje, who also commented on the politics in Edo State, described Eze-Iyamu’s contender in the forthcoming election, Godwin Obaseki, as an incumbent Governor who had not only failed but remained a liability to the Peoples Democratic Party (PDP).

According to the Chairman of the Progressive Governors Forum (PGF) and Governor of Kebbi State, Atiku Bagudu, all APC governors are working to ensure victory for the party at the September 19 gubernatorial poll.

Bagudu describes as “laughable” suggestion that the party’s governors were not backing Pastor Ize-Iyamu, confirming that they were all involved in the campaign process.

Eze-Iyamu, had previously contested for the position of Governor in Edo State under the Peoples Democratic Party (PDP) and against incumbent Governor, Godwin Obaseki, who was a member of the APC until recently when he defected to join the PDP. 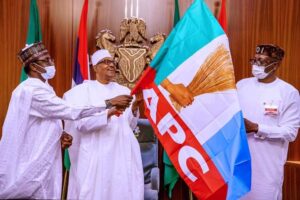 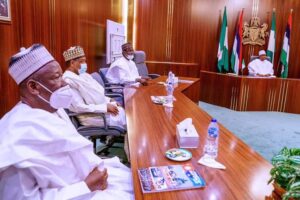 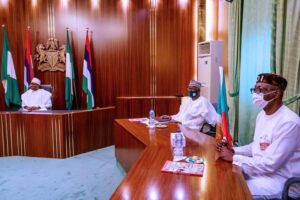 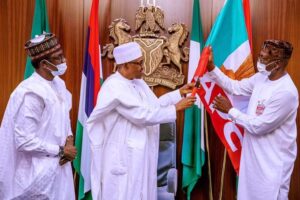