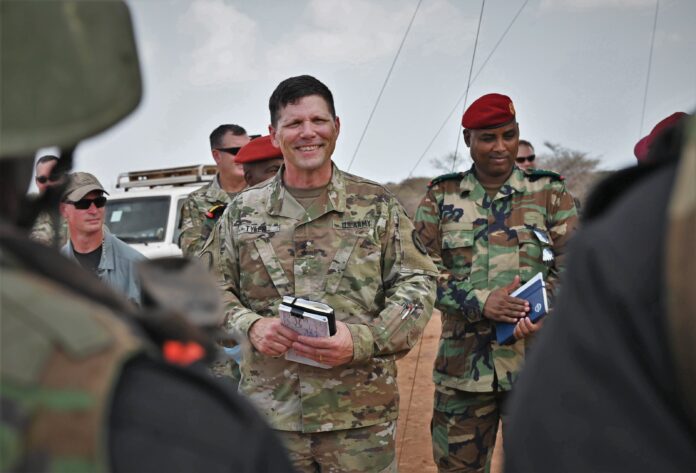 During his engagement, Tyler visited Djibouti, Somalia, and Kenya.

While in Djibouti, Tyler and other U.S. Africa Command representatives met with the Djiboutian Rapid Intervention Battalion (RIB). 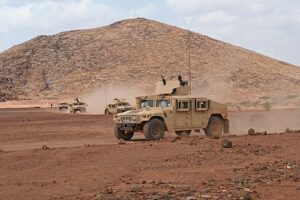 The RIB’s mission is to serve as a reactionary force to accomplish specified tasks directed by their higher command in the Djiboutian army. It is the first Djiboutian Armed Forces Special Force fully supported by the U.S. government. U.S. Army Soldiers assigned to CJTF-HOA provide training to the RIB soldiers in U.S. Army basic warrior tasks, combat, and combat life-saving skills.

“The U.S. military has a longstanding relationship with Djibouti and our Djiboutian military partners,” said Tyler. “The training and equipment that U.S. Africa Command provides to the Rapid Intervention Battalion uniquely demonstrates the U.S. commitment to enhancing our shared goal of improving regional security and stability on the continent. Our partnership and training continue to be in demand.” 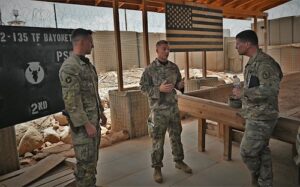 After departing Djibouti, Tyler went to several cooperative security locations (CSL) in Somalia and Kenya, including Manda Bay, Kenya, to reinforce the importance of security in the shared fight against al-Shabaab.

“Al-Shabaab remains a dangerous enemy,” said Tyler. “I saw first-hand the commitment of our Kenyan and Somali partners as we address a mutual threat in al-Shabaab. We will continue to sharpen our focus and counter this common threat.”