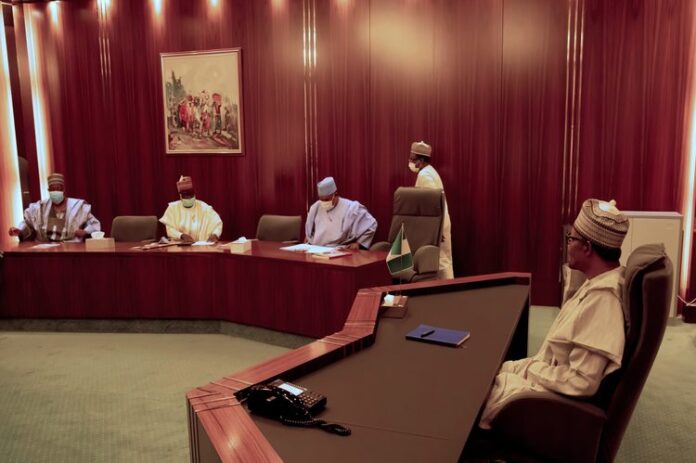 See below video by Vanguard:

The former NWC members have jettisoned their initial threat to go to court and have now resolved to work for the rebuilding of the party, the immediate past National Secretary of the party, Mallam Waziri Bulama, said yesterday.

He attributed the crisis to  the ambitions of some leaders .

He also said the failure of all organs of the party to function effectively affected the party.

But he was optimistic that the APC would  not break up despite the crisis at hand.

Also on Friday, the Chairman of the Progressive Governors Forum  (PGF), Alhaji Atiku Bagudu, declared that alleged threats by some  members of the dissolved National Working Committee (NWC) of the party to challenge the dissolution in court were created by the media.

The chairman of the Caretaker/Convention committee of the party, Governor  Mai Mala Buni of Yobe State, is understood  to  have commenced efforts to reach out to stakeholders of the party to bury their hatchets and rally round his committee to rebuild the party.

Reviewing the events of the last few days including the NWC dissolution  and  reactions  of some party members,  Bulama said the sacked NWC  has already accepted the  Thursday decisions of the National Executive Committee, would  not go to court and would defer to Buhari.

Bulama spoke to some media in Abuja.

He said: “Following consultations with our leaders all the stakeholders, we have accepted the decision of the President on the dissolution of NWC and the setting up of a Caretaker Committee headed by Governor Mai Mala Buni.