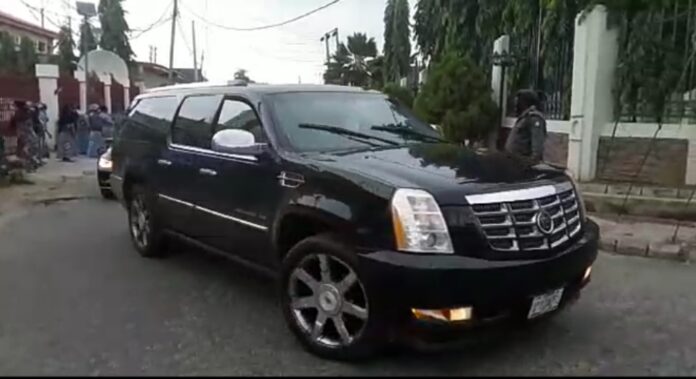 The remains of the late ex-Governor of Oyo State, Senator Abiola Ajiimobi has Sunday arrived his Oluyole Estate residence in Ibadan, the Oyo State Capital where here has now been buried..

In the last 48 hours, the final resting place of late Ajimobi became controversial as rumour filled the air that the Oyo State Government was delaying the burial because of its refusal to approve a land in the Agodi Garden area for the ceremony.

In another disclosure, a statement by the Chairman, Muslim Community in Oyo State, Alhaji Sanni, stated how it was ‘unislamic’ to bury Ajimobi in a Mosque, an arrangement that was meant to be a plan B after the family’s initial Agodi Garden plan was purportedly disapproved by the Oyo State Government. 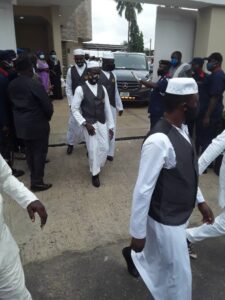 NDDC Contracts: Akpabio claims he was misunderstood by NASS

No probe of Abba Kyari’s memos, Buhari is in charge –...