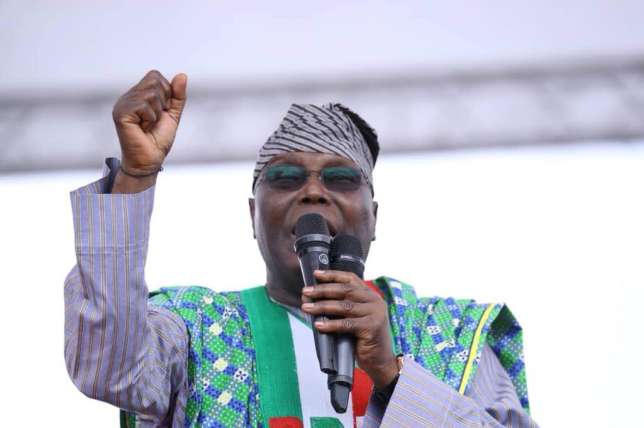 The main opposition People’s Democratic Party has challenged President Muhammadu Buhari, the All Progressives Congress presidential candidate to a policy debate with its candidate, Atiku Abubakar.

The party made this call in a statement released by its National Publicity Secretary, Kola Ologbodiyan. It said President Buhari should present himself for a live debate on critical sectors of the economy, especially on his blueprint, “to enable the electorate weigh him alongside the party’s presidential candidate”.

The PDP spokesperson chided President Buhari as being “mortally afraid of facing our candidate Atiku Abubakar, in a general debate organized by independent bodies”.

Ologbodiyan said “for this the PDP grants him (President Buhari) the liberty to choose a venue, date and time convenient to him to face our candidate before a neutral panel”.

The party insisted that Nigerians already know that President Buhari is afraid and not fit to engage Atiku Abubakar in an intelligent debate.

FronPage recalls that during the heat of the 2015 elections, President Buhari, then a candidate of the APC said he was not ready to participate in the presidential debate with then President Goodluck Jonathan. He stated that the record of the PDP in its 16 years in power and that of Jonathan in government was poor and of no basis for debate.

AstraZeneca, Oxford University COVID-19 vaccine may be ready in December