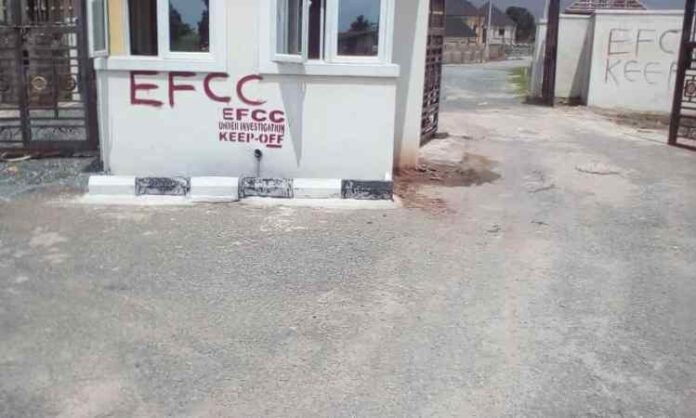 The Attorney General and Commissioner for Justice in Abia State, Chief Uche Ihediwa gave the ultimatum while briefing news men on the recent development in the State, where the EFCC sealed off some properties purported to belong to a highly placed politician in the State. Chief Ihediwa demanded the EFCC to tender an unreserved apology to the State within seven days in view of the inconvenience its action has caused the State, failure of which the State would take appropriate redress in court.

Chief Ihediwa informed that the law establishing the EFCC makes it clear that the Commission can only seal property of persons under investigation and noted that ownership of the property in question is not under investigation. He recalled that in 2016, the same EFCC investigated the ownership of most of those property and the certificates of occupancy and public private partnership agreements between the State government and investors of the various assets.

The assets sealed by the EFCC include; The Abia Mall, the Adelabu Housing Estate, the former township main market at Ogwumabiri, the Millenium Luxury Apartment, Abia hotels and Linto estate, Old Timber Market, all in Umuahia.

As the situation in Ibadan the Oyo state capital remains charged, an angry mob of youths allegedly set ablaze a Policeman in the Iwo...

As #EndSARS protest assumes a violent dimension in Ondo, the State House of Assembly has called for calm. In an attempt to entreat the protesters,...