The Speaker of the House of Representatives, Femi Gbajabiamila on Monday convened a meeting of some African Speakers of Parliaments where it was agreed that there is an urgent need to push for debt cancellation for the continent from their multilateral and bilateral partners.

At the virtual meeting, the Speaker’s proposed initiative to establish the Conference of African Speakers and Heads of Parliament (CoSAP), a body that will facilitate increased collaboration between Speakers, Heads of Parliament and National Assemblies across Africa got a boost.

The African Speakers will also seek to advance the African development agenda within and outside the continent in conjunction with both the executive arms of government as well as African regional institutions.

In his opening remarks, Gbajabiamila said there was an urgent need to join local and global efforts to push for the cancellation of external debt owed by various countries on the continent.

He submitted that development across the continent has become stunted due to the heavy burden of the debts, noting that the outbreak of the coronavirus (COVID-19) has compounded the issue for the continent, considering the socio-political and economic consequences of the disease.

“We all agree that Africa’s debt burden has become an existential threat to our societies, our economies and the future; we leave to posterity, and we need to do something about this and treat it as a continent-wide priority.

“It is safe to say that the burden of debt servicing, vis-à-vis spending on education and health care for example, is a threat to our continent’s stability and development, especially in the era of Covid-19.

“When we find ourselves having to make policy choices between paying debts or saving lives, we know something is not morally right. And as democratically elected representatives of our people, we cannot be silent. We must speak up and we must act. And the time to act is now.

“Furthermore, is the need for us to reflect on, the processes that led to Africa’s heavy indebtedness in the first place, the role parliamentarians can play to address this going forward and what assurances we as parliamentarians can give our borrowers that if our debt is cancelled, the freed-up resources will be invested in social and economic development of our citizens.

“If we want debt cancellation, we must be able to build the confidence of the borrowers that the cancellation will indeed save lives and livelihoods across the continent, and we, as Speakers and Heads of our parliaments, will ensure that is indeed the case”.

On the need for the establishment of the Pan-African Speaker’s Conference, Gbajabiamila noted that collective efforts at tackling challenges facing the continent have become expedient.

He said: “The motive behind this initiative is that each year we identify a theme, issue, or challenge that is pan-African in scope and we meet to deliberate on how we can work together across parliaments in Africa to tackle these continental issues and challenges.

“As heads of our respective parliamentary entities, it will also be a good platform to share experiences and expertise in different aspects of our legislative duties pertinent to the growth, development and sustenance of our economies and our societies; and on ways to enhance the capacity and impact of our parliaments on our democracies and the lives of the peoples we all represent.

“We have spent decades learning from the rest of the world, now we must begin to learn from one another”.

Throwing his weight behind the two initiatives, Hon. Tagesse Chafo, Speaker, House of Peoples Representatives, Ethiopia, noted that though almost every government on the continent has been trying to seek debt forgiveness, this should not, however, stop the parliaments from contributing to the efforts through a platform such as this.

“As representatives of our people, we are to come together, advise and campaign about the issue, we don’t have to keep quiet because debt cancellation would be good for the resuscitation of our economies that have been ravaged by the COVID-19 pandemic,” he added.

In the same vein, Rt. Hon. Prof. Aaron Mike Oquaye, Speaker of Parliament, Ghana noted that the debt burden is essentially a common challenge on the continent, as most African countries have to depend on foreign loans to execute their national budgets.

He, however, noted that the Speaker’s group, in its efforts to push for debt cancellation must be able to convince the creditors about accountability if they hope to succeed.

He said: “Donor agencies are interested in accountability because they are confounded about the issue of corruption, and we must be able to give the assurance and that is why the Speakers Conference is critical. And if nothing is done, there may be no economy to service the loans”

Hon. Justin Bedan Muturi, Speaker, National Assembly, Republic of Kenya also emphasised the need for the initiative, adding that, the coronavirus pandemic has undermined most African economies because conditions attached to most of the loans have been eroded by the consequences of the novel pandemic.

On her part, Rt. Hon. Donatille Mukabalisa, Speaker, Chamber of Deputies, Rwanda, while noting that African countries depend on and are heavily burdened by loans even before the pandemic, however, added that the group must be clear about the kind of debt it is seeking to address and from which partners.

While President Moustapha Niasse, AFP, President, National Assembly, Senegal also regretted that the pandemic has affected all economies on the continent negatively, he, however, suggested that opinions of members of the forum must be sought on how to solve the issues between suspension or cancellation of debt

“We must be convinced that we have a job to do at the level of parliament,” he added.

According to the forum, the third week of September would be devoted to the planning for the 2021 conference by the Secretariat.

While it was decided that Nigeria would host the maiden edition of CoSAP, chaired by Nigerian Speaker the Rt. Hon Femi Gbajabiamila, the new body is expected to meet again in the first week of September to approve the plans and swing into action. 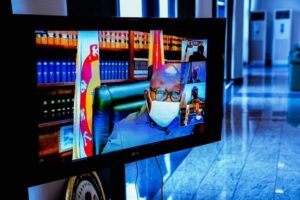 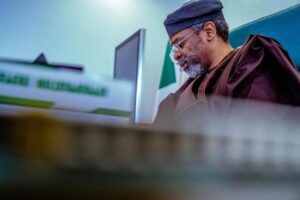 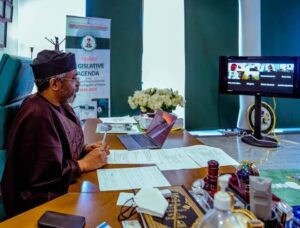 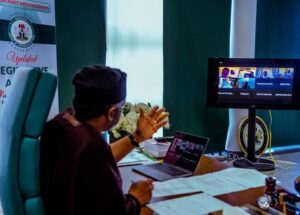 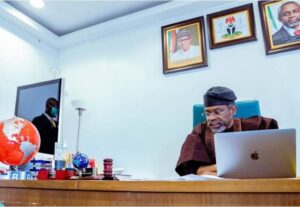 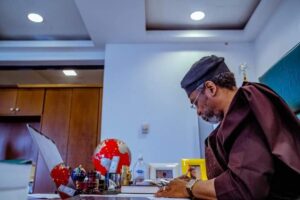 There are chat evidences against Mompha’s accomplices – EFCC’s forensic expert...