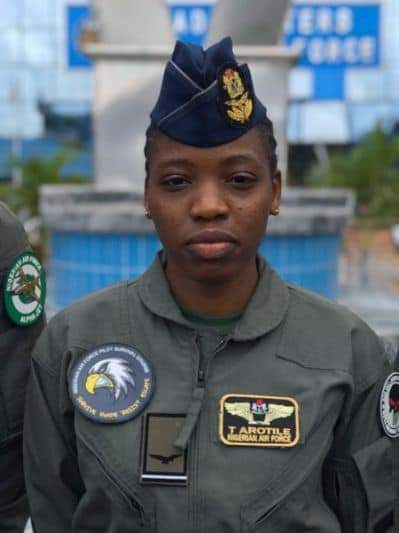 President Muhammadu Buhari and First Lady, Aisha, have mourned the passing of Flying Officer Tolulope Oluwatoyin Sarah Arotile, who died in a road accident in Kaduna.

Late Arotile died on July 14 at the age of 24, when she was inadvertently hit by the reversing vehicle of an excited former Air Force Secondary School classmate while trying to greet her. She died as a result of head injuries sustained from the incident. 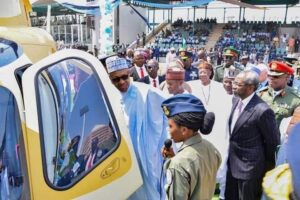 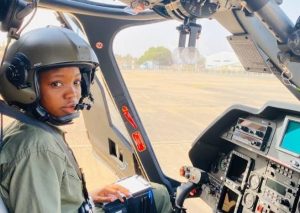 Born on December 13, 1995 to the family of Mr. and Mrs. Akintunde Arotile in Kaduna, late Arotile hailed from Ijumu Local Government Area of Kogi State.

Flying Officer Arotile was commissioned into the Nigerian Air Force as a Pilot Officer on September 16, 2017 and held a Bachelor of Science in Mathematics from the Nigerian Defence Academy.

She was winged as the first ever female combat helicopter pilot in the Nigerian Air Force on October 15, 2019, after completing her flying training in South Africa. She held a commercial pilot licence and also underwent tactical flying training on the Agusta 109 Power Attack Helicopter in Italy.

Before her untimely death, she made significant and outstanding contributions to the war against terrorism, armed banditry and other forms of criminality in the Country, flying several combat missions.

She joined the Nigerian Air Force out of passion for the job.

According to her, “I joined the military simply out of passion for it. Being a military personnel has been a long time ambition, the carriage and what it stands for are simply exceptional.”

Condoling with the family on loss of such a promising officer, whose short stay on earth impacted greatly on the nation, especially in peace and security, the President saluted Arotile’s bravery in the field to protect the country from onslaught of bandits and terrorists.

He assured that her memory would be indelible, and her efforts remembered.

Buhari commiserated with the Nigerian Air Force, airmen, airwomen and all friends of the deceased, recalling her deft skills in manoeuvring combat helicopters, which he had physically witnessed with pride.

The President sympathised with government and people of Kogi State on the loss.

Buhari, in a statement by his Special Adviser on Media and Publicity, Femi Adesina, prayed God to receive the soul of the departed, and comfort the family she left behind.

Also, First Lady said of late Arotile: “It’s with a heavy heart that I received the news of the demise of Flying Officer Tolulope Arotile, the first female Nigerian Airforce Combat Helicopter Pilot.

“I condole with the family of Flying Officer Arotile, the Nigerian Airforce and the country over this irreparable loss.

“The deceased was an intelligent young woman, a huge potential, a representative of both Nigerian women and youth, and what they could achieve.”