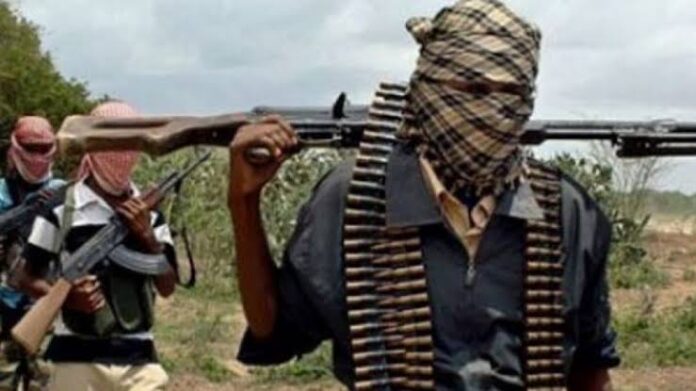 Military hierarchy under the auspices of Operation Safe Haven has confirmed the killing of the District Head of Gidan Zaki, Haruna Kuye, his son, Destiny, and 11 others in Kaduna State by unknown assailants.

The military said they were killed in the early hours of Tuesday (November 17) in their residence at Gidan Zaki, Zangon Kataf Local Government Area of Kaduna State.

The military added that the District Head’s wife sustained machete wounds on her hand while his daughter had a gunshot wound on her finger.

Other persons who sustained various degree of injuries include: Muazu Albasu, Samaila Chairman, Junaidu Husaini, and a yet to be identified woman earlier thought to have been killed.

The security report also stated that the act was carried out by about five men wielding AK-47 rifles and machetes, who also tried to burn the house and a vehicle.

The military said three empty cases and a live round of 7.62mm special ammunition were recovered at the scene, adding that the troops in collaboration with other security agencies are carrying out investigations and trailing the assailants.

Meanwhile, the Governor Nasir El-Rufai-led Kaduna State Government has condemned the killings, describing the act as evil and violation of the sanctity of the human lives.

The governor also described the assailants as enemies of peace, saying they must be fished out and made to face the wrath of the law.

El-Rufai, who condoled the Kuye family and the Atyap Traditional Council, prayed for the repose of the souls of the District Head, his son and other victims.

He praised the district head for his contributions to the peace-building efforts in Zangon-Kataf.

The governor has, besides, directed Kaduna State Commissioner of Police and Director of the Department of State Services to team up with the military forces on the ground to ensure diligent investigations.

Two persons were killed and some kidnapped.

In another development, security agencies have given more information regarding Monday’s attack at Albasu village of Igabi Local Government Area of Kaduna State.

The security agencies have, similarly, identified the local killed by bandits on Sunday after they kidnapped two persons at Maraban Kajuru in Kajuru Local Government Area of Kaduna State. The victim has been identified as Albarka Addu’a, a former village head of Kyemara Gari.

Kaduna State Government has, however, assured that the El-Rufai administration would continue to give security updates to the citizenry, as it continues to work assiduously with security agencies on the protection of life and property across the state.

The government enjoined citizens to furnish the incumbent administration with relevant information on: 09034000060, 08170189999, and via email: Internal.Security@kdsg.gov.ng

Don’t Switch It Off, Just Yet