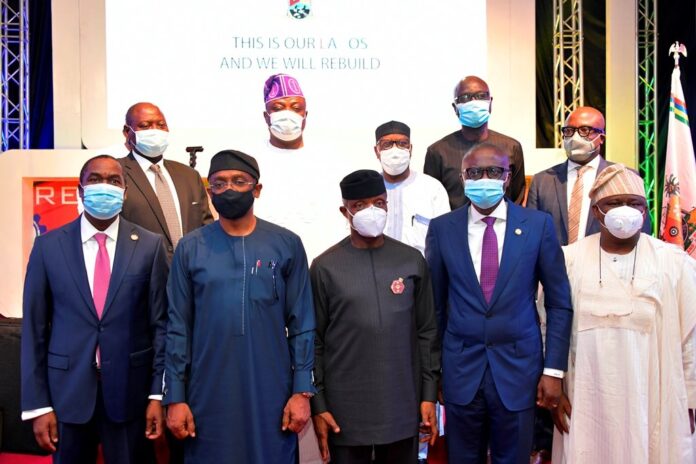 It’s a gathering of prominent people from all walks of life as the Governor Babajide Sanwo-Olu-led Lagos State Government formally inaugurated an eight-man team led by the Chairman of Citibank Nigeria, Yemi Cardoso, at an event tagged “Consultative Forum on Rebuilding Lagos” held at Adeyemi Bero Auditorium in Alausa.

Also, captains of industry, members of organised private sector and members of diplomatic corps graced the event aimed at restoring the infrastructure destroyed in the wake of violence that trailed the #EndSARS protests.

Speaking at the event, Osinbajo described Lagos as a critical federating unit around which Nigeria’s fortune is tied. 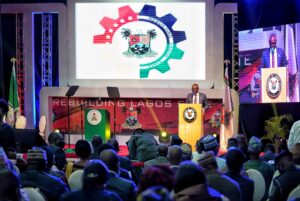 He said as a city with flourishing economy, Lagos deserved the support of both the government and private sector to heal, noting that the task of reconstructing the destroyed assets would be painful and costly.

Osinbajo charged the rebuilding committee, which was announced fortnight ago, not to be discouraged by the enormity of the task before them, while also urging them to pursue the rebuilding process with an objective to restore trust between the government and citizens.

The vice president pledged President Muhammadu Buhari’s support for the Lagos State-led recovery effort, but said the presidency still awaits the full report of Lagos destruction in order to know the level of support required from the Federal Government.

According to him, “On behalf of the Federal Government, let me assure you that we stand with the great people of Lagos as you undertake this difficult journey of rebuilding the lost assets. It my conviction that Lagos and the nation at large will emerge from this crisis better and stronger.”

Also speaking at the event, Gbajabiamila said the level of destruction was heartbreaking and the loss on hardworking people was monumental, praising Sanwo-Olu for his doggedness and courage to lift the spirit of Lagos State in the face of devastation. 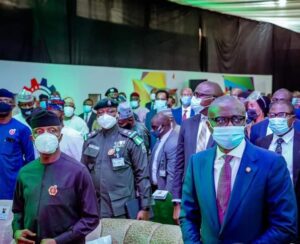 The Speaker said the effort to restore Lagos would go beyond budget, adding: “It requires special intervention from the Federal Government.”

In his remarks, Sanwo-Olu described the proportion of the devastation suffered by Lagos State as unprecedented, saying the coordinated violence set Lagos economy, the fifth largest in Africa, back by hundreds of billions of Naira.

The destruction, the governor said, tore down the fortress of Lagos commerce built over centuries ago, adding that those who carried out the violence made an attempt to ruin values that stood the state out as centre of creativity and innovation in the country.

Sanwo-Olu said the consultative forum was to set the stage for the necessary public-private partnerships and collaborations required for the task of rebuilding and restoration of the infrastructure that was destroyed.

He said: “The violence we witnessed last October is the most widespread carnage the state has seen in decades. Every aspect of life and livelihood in Lagos was affected – government buildings, offices, public monuments and historical archives, public infrastructure and very sadly too, private property and investments.

“The violence has, no doubt, set our economy back by hundreds of billions of Naira, and impacted our confidence. 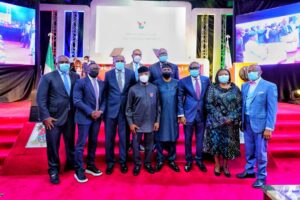 “We have, however, found hope and great strength in the offers of assistance from far and wide, which culminated in the constitution of the Lagos Rebuild Committee to coordinate our efforts to rebuild and upgrade our state.

“We seek to restore the infrastructure that was destroyed, to revive the energy and confidence of everyone who has been affected by these losses, to help restore the confidence of the people of Lagos in the infinite potentials of Lagos. Lagos State Government cannot do this alone. We need all the help that we can get.”

The governor disclosed that his administration would be setting aside a huge amount of money as the state’s collateral in the recovery effort, adding that the Cardoso-led team that would be coordinating the Trust Fund would be given legislative backing through an Executive Bill that would soon be transmitted to Lagos State House of Assembly.

He promised that money that would be donated into the Trust Fund would go into rebuilding and re-tooling security infrastructure, strengthening public transportation systems, restoring judicial and local government operations, rebuilding damaged public monuments. 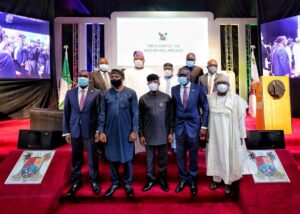 Sanwo-Olu emphasised that transparency and accountability would be foundational elements in the implementation of the mandate of the rebuilding committee, noting that the fund-raising and disbursement would be supervised by FBN Trustees Limited.

Emefiele, on his part, said the unrest impacted greatly on the national economy, adding that Lagos particularly must sustain the recovery effort to protect its economy from catastrophic consequences.

Given the magnitude of losses and devastation that trailed the unrest, the CBN governor disclosed that Bankers’ Committee and key stakeholders in the private sector would be unveiling a recovery blueprint next week to support all households and businesses affected by the crisis.

The intervention being delivered under Coalition Against COVID-19 (Ca-COVID) Alliance would lead to an effort of rebuilding all the razed police stations and a five-year plan to generate millions of job for the youth.

“I am pleased to note that the Ca-COVID Alliance will, over the next week, be unveiling a blueprint that will provide details of our planned support that positively affect households and businesses. This is in addition to measures that will create millions of jobs for our youths over the next five years. Many parts of the country were affected by the unrest, but Lagos remains the worst hit.

“The Ca-COVID Alliance is fully aware of the vital relationship between security and a prosperous economy. The damage done on police stations in different parts of the country can undermine provision of adequate security, which is vital to households and businesses.

“The Ca-COVID Alliance is committed to the rebuilding and rehabilitation of all the 44 police stations destroyed in the unrest. More than half of the police stations are in Lagos; funds will be provided to rebuild these stations,” Emefiele said.

He added that Bankers’ Committee had started to take stock of private businesses destroyed in the violence, pointing out that those with existing loan facilities and those with no loan would be supported to come back on their feet. 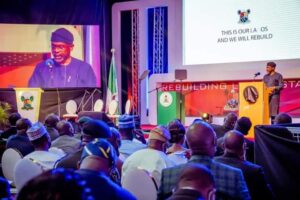 Also speaking, Cardoso promised that members of the rebuilding committee would give their full commitment to the recovery process, pointing out that the best decision Sanwo-Olu took was to get the private sector involved in the rebuilding effort.

“The task may seem though and arduous, but it is not unachievable. We will do it,” Cardoso assured.

Lagos State Commissioner for Economic Planning and Budget, Sam Egube, and Permanent Secretary, Ministry of Works and Infrastructure, Jimi Hotonou, are members of the committee representing the public sector.

We’ve Constructed over 90 Kilometres of Road in 15 Months, Abiodun...